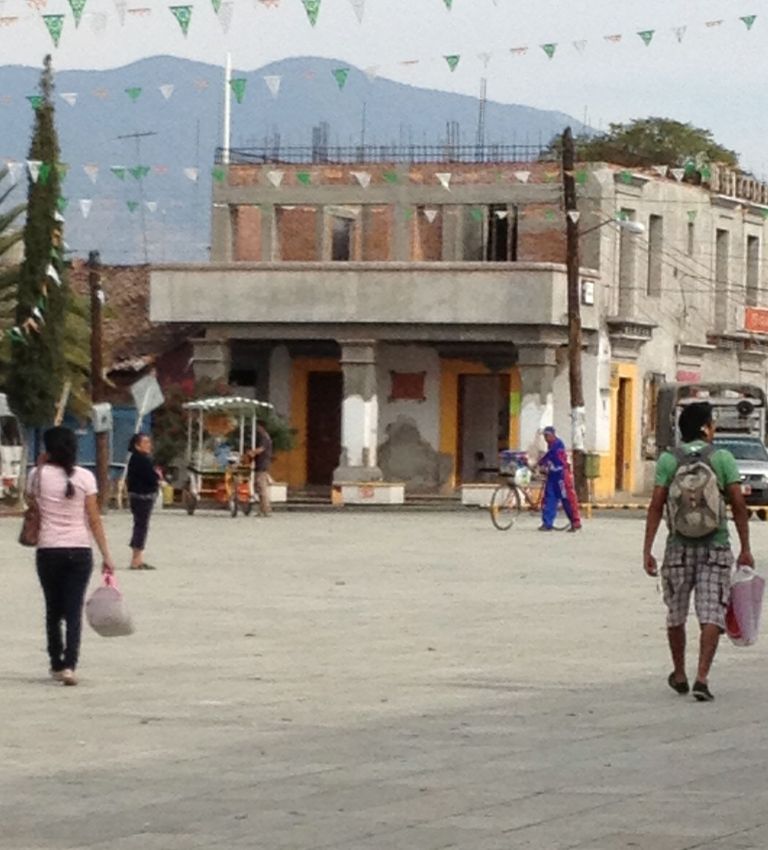 The first time I went to Ocotlan, I missed the show. Look a this empty plaza, the few people hardly bustling around town. 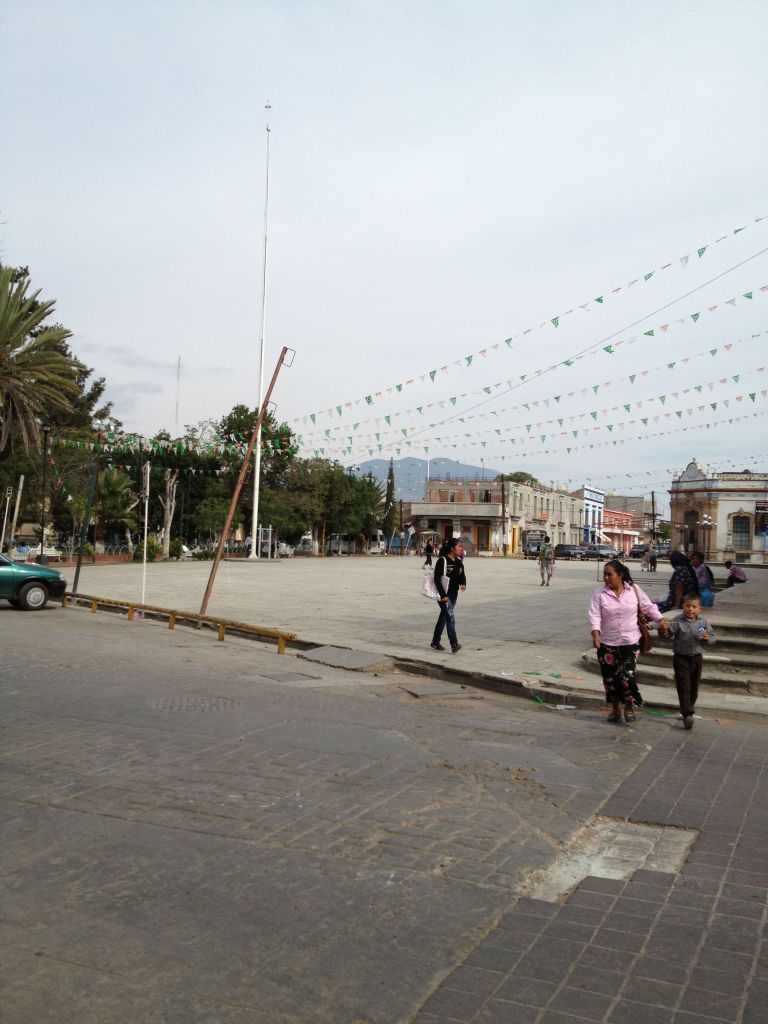 I was determined to return to capture the colors and energy of a market day, and it was worth the 20 peso, hour bus ride each way — even on a Taco Friday when Oaxaca City already has two excellent farmers’ markets: Pochote in Xochimilco and the tianguis in Llano Park.

I couldn’t help comparing my experience against those I have had in other markets.  Initially, I noted people don’t seem to commune in the church grounds as they do in Tlacolula.

It is a non-stop exchange where it is, at times, difficult to tell who is selling what to whom. Sometimes it appeared that the people at the stands were buying more from the people hauling items through the crowded aisles.

Ocotlan’s offering is nearly as sprawling as Tlacolula’s, but it is not as well-organized. In Tlacolula, the differnt types of products seem to be coralled together.  There are aisles (which are really streets) as one might find in the supermarket.

However, in Ocotlan, one quite literally runs into roosters in the middle of the mounds and mounds of roma tomatoes or among the bedspreads and again among the shoes. It is a delightfully disorganized scramble that means both more search and more serendipity. 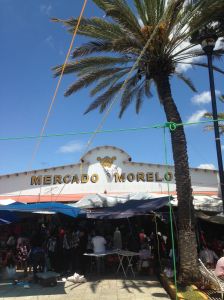 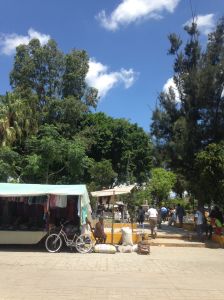 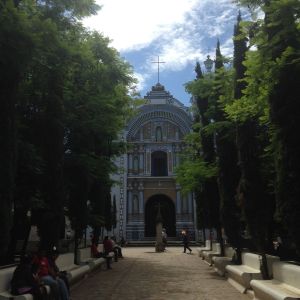