After waiting for about an hour at the bus station for a taxi into the Zona Rosa to the Sheraton on Reforma, I was on my way. (The delay in getting a cab was likely due to the holiday and high volume of travelers, but people seemed fairly unfazed by the wait.)

The outskirts of the city reminded me a little bit of some parts of Los Angeles or New Mexico, but the closer I got to the Zona Rosa and Colonia Reforma, the more the city began to remind me of Paris with less water.

I hadn’t spent the time imagining what DF would look like, but I had read a lot and had seen some pictures, so its cosmopolitan feel was not a surprise. It was, however, a stark contrast from Oaxaca. In fact, one tourist I spoke to from Laredo, Mexico said that Oaxaca is more “Mexico” Mexico than DF. I had to agree even though I wasn’t sure if that is how I would have put it.

M, who met me in DF and will join me in Oaxaca for the tail end of my stay, commented that it didn’t feel like Christmas. Of course, he had just spent nearly twenty-four hours because of delays with Delta Airlines and was still moving around though he needed to sleep. Plus, the weather is gorgeous here, the kind of sunny gorgeous I love. He prefers snow for Christmas, the smell of pine, a fire.

We took a long siesta and then headed out to the streets despite tour book warnings that people should not walk anywhere in DF at night. We went in the wrong direction, after nine, on Christmas, so… nothing was open. We returned to the hotel and ate at the chain restaurant there. It was a traditional Christmas — for weary travelers determined to find magic in the world. 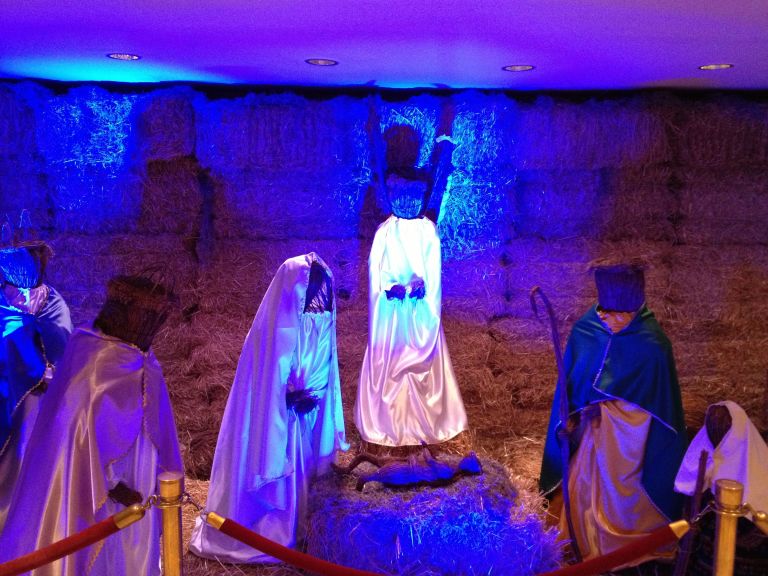