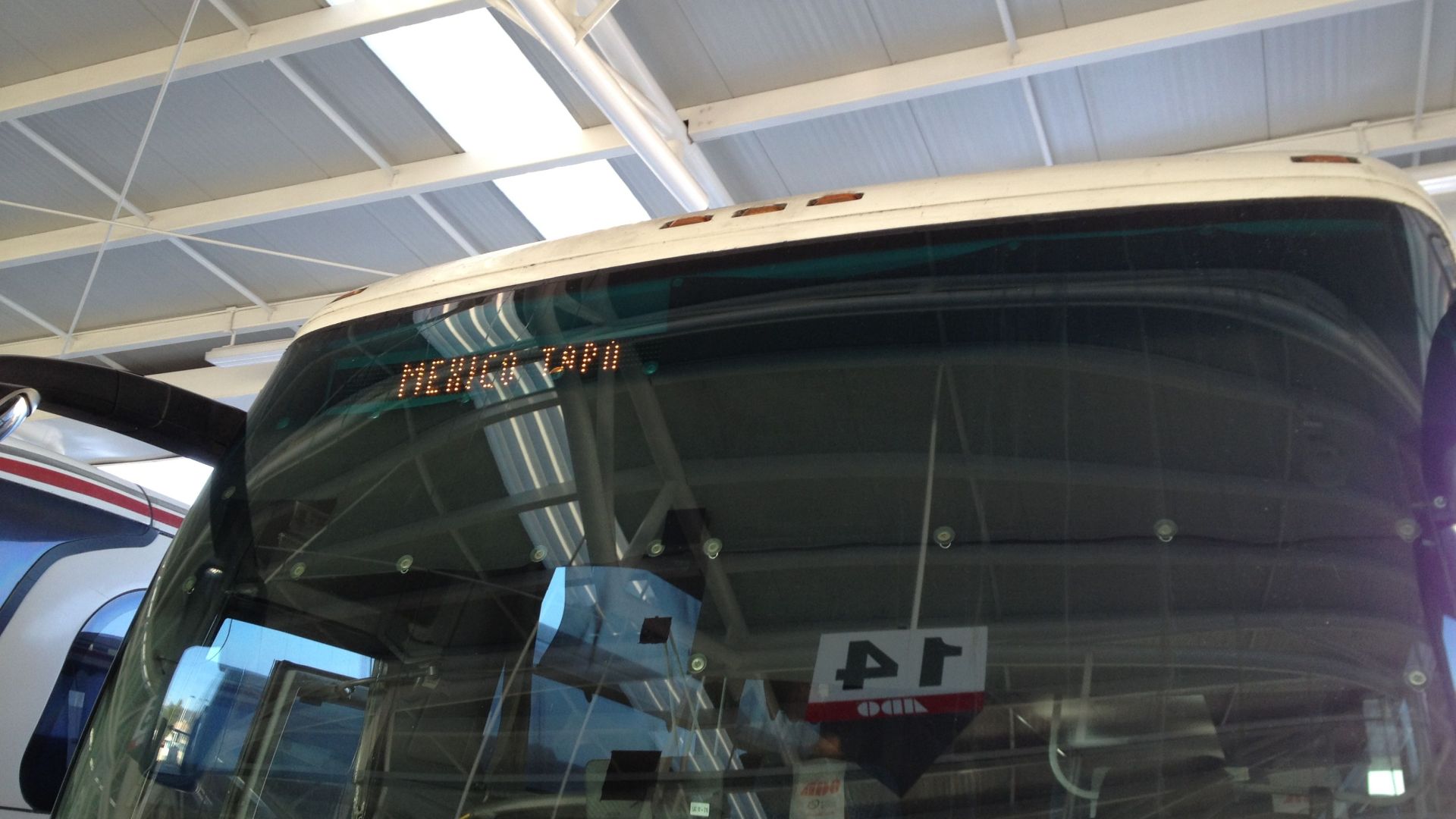 On Christmas morning I hopped onto a first class bus to head to Mexico City (Districto Federal/DF). I was in seat six, and the man next to me seemed disappointed to see me. He spread his legs as wide as he could, over from seat five into my sphere. He put his elbow on the arm rest. He munched loudly on his torta and slurped his coffee. I think he was trying to suggest that I take the empty seat across the aisle next to a woman who wasn’t so — territorial. I decided to stay.

Together, we silently watched almost four movies and a short program about how the world is heating up and cute animals, including flying foxes in Australia (I had never seen these cute little creatures), are dying. This program and the others (172 Hours, some animated robot movie where the main character saves the world, and Secretariat) were not exactly Christmas material, but they, and some brief periods of napping when my neighbor and others weren’t snoring their noses off did make the bouncy six-hour trip seem more manageable.

At about hour four, my neighbor sneezed. I said, “Salud.” He seemed impressed by this knowledge of Spanish and courtesy, and so he decided to no longer jab me in the left side with his elbow. However, he did begin to have some problems with his false teeth, and he made these liquidy noises and then sounded as if he might hock up something. It was sort of as if he was yelling and clearing his throat.

He took a couple of phone calls. He didn’t say much to the people on the phone either, but he did tell one caller he was sorry more than four times.

At one point, the military comes on the bus, ushers us off, goes through all of the luggage and then sends us on our way. As they did this, they left one of my bags open. With about thirty minutes remaining, I was brained by a roll from my bag and then a container of almonds before I could secure my items. I was glad that my stuff had rained down on me and didn’t harm anyone else.

As we pulled into the ADO station at DF, Secretariat was about to win the Triple Crown; he was furlongs ahead. But the trip was over, and the driver snapped off the video, and the lady across the aisle looked at me and said: “They always turn it off at the most emotional part.” I agreed.

One Reply to “Bus Trip”