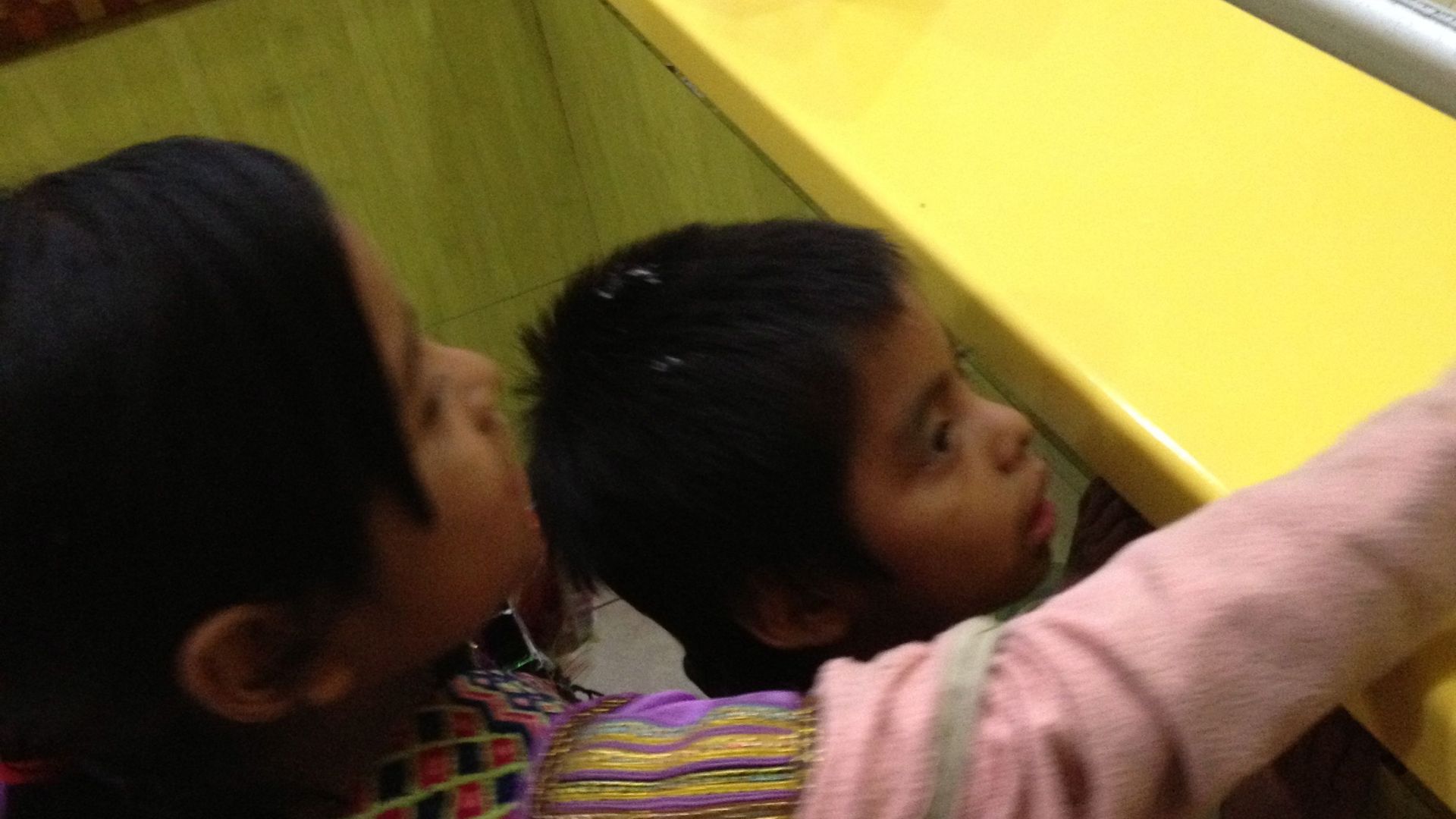 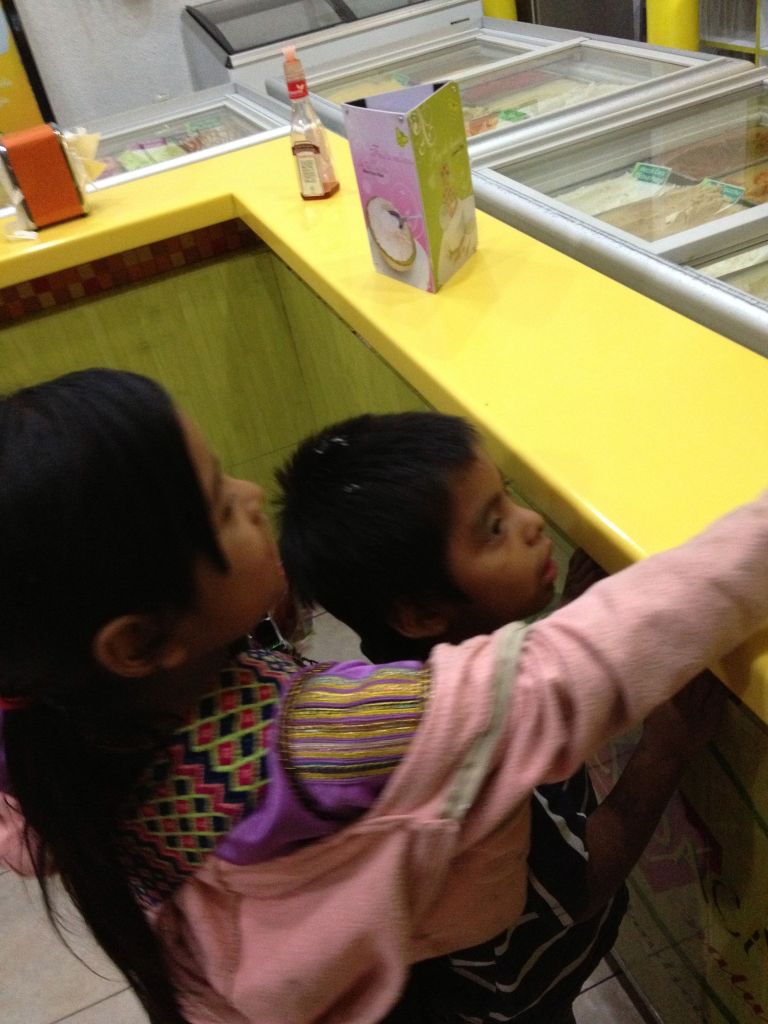 Tonight I bumped into the tiny businessman. He and his sister Cecilia seemed as delighted to see me as I was to see them. He started with asking for a peso, but I asked if he wouldn’t rather have ice-cream. Cecilia said, “It is your friend.” And, she asked if I would buy one for her and their older brother, too. I said sure–if you tell me the little businessman’s name. She offered it quickly: Augustino. And, she also and his brother prefer chocolate. Cecilia also confirmed that the four of us would meet again under the same tree on Friday night.

Augustino had some bird poop in his hair; this is good luck in some cultures. It also might account for why he had a giant balloon when I found him. He came with me to buy the cones; he still prefers strawberry, and at one point I think he kissed the ice-cream counter.