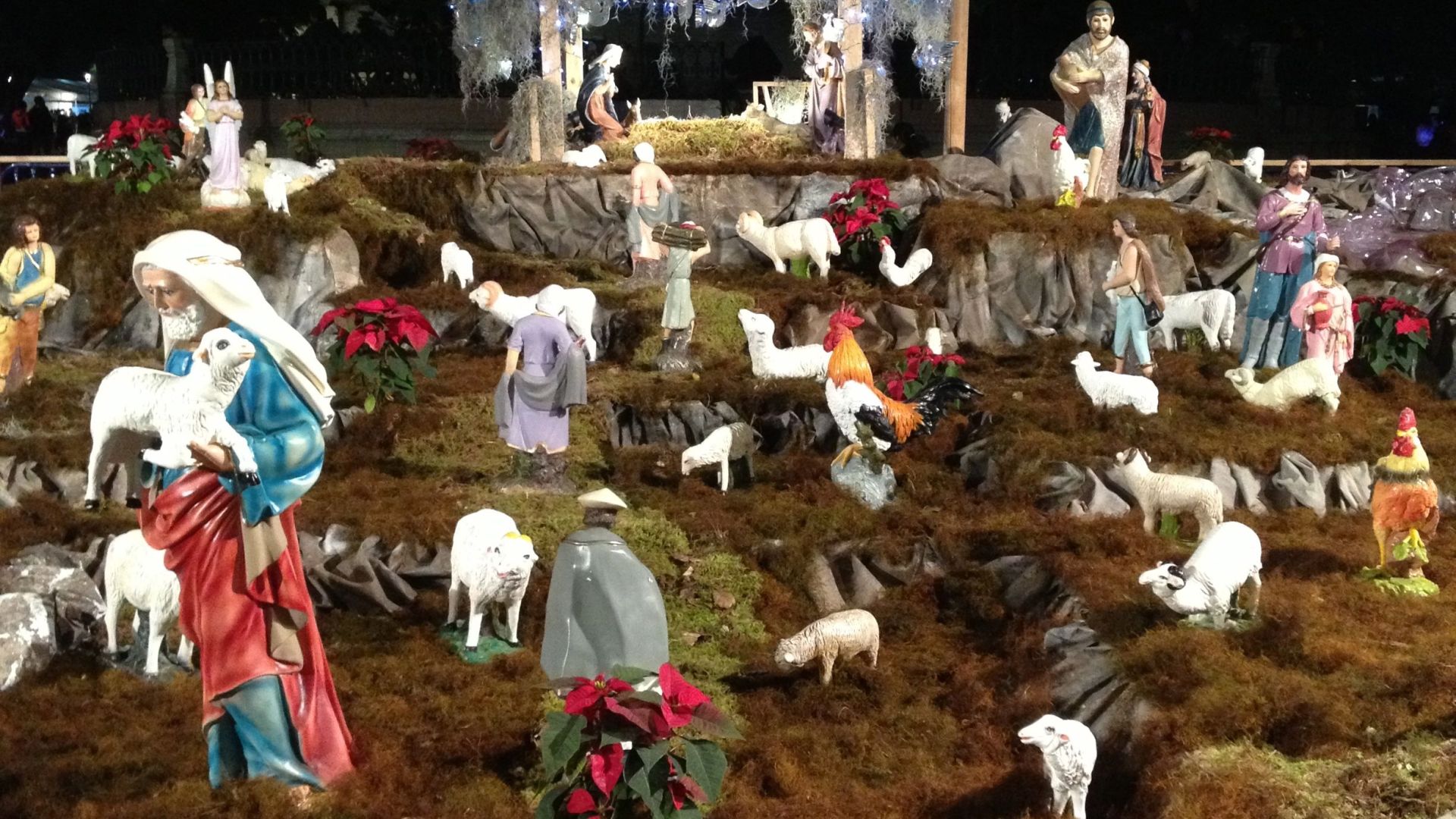 The nacimiento (nativity scene) has arrived on the Zocalo. It is tremendous. It has more than a flock of sheep. Maybe a fleet. It features Jesus, of course, and his immediate family members – and an entire pueblo of people. It has a river running through it, pastures, and real topography. As I strolled the Zocalo, the street lamps were not illuminated as usual. There were white Christmas lights wrapped around the bases of the trees and stars hanging from them to illuminate the square. But the area with the nativity was well-lit to show off the Niño (the Baby).

At Café Brujula, the stable was overflowing with characters and was lit with sparkling lights so that it was more Las Vegas than others I have seen around town. Although I took a photo of it scintillating Jesus last night, I also returned today to get a better photo without all of the flash.