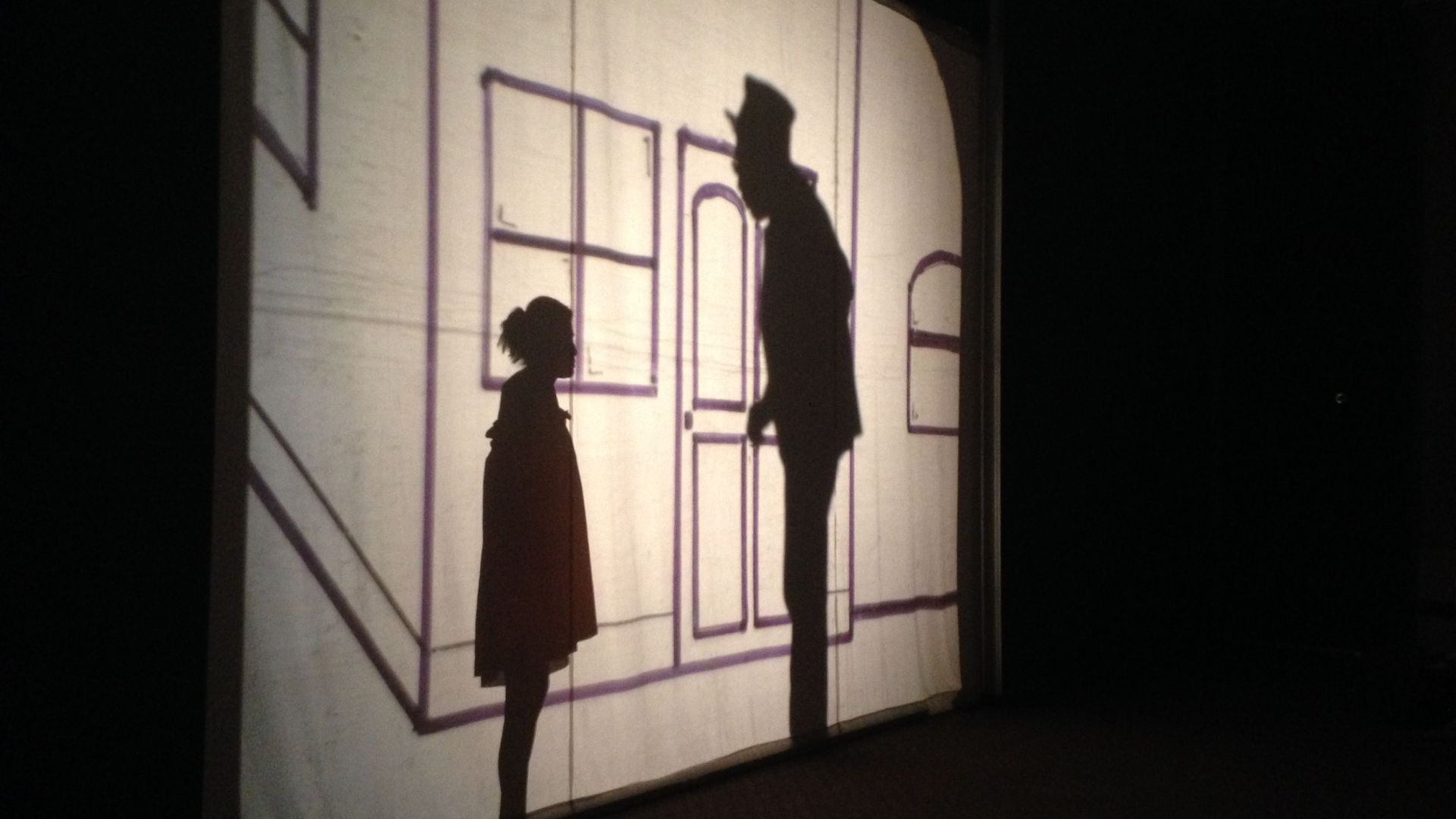 My Spanish teacher was a part of the cast of the shadow and puppet show Soy Ana.  Her twin sister is the female shadow above.  Another of the instructors wrote, directed, and starred in this production.  He is the tall man in the hat.

It was full of fun wordplay and misunderstanding. It was a super creative approach, but the message seemed a bit ironic.  Ana learns a lesson to avoid getting carried away in her fantasy world; otherwise, she could lose her whole identity,

Impeccably executed and engaging for a wide audience, I was delighted to be able to see this work of art.  Here’s a sample on YouTube:  https://m.youtube.com/watch?v=yrHrxu-MAec