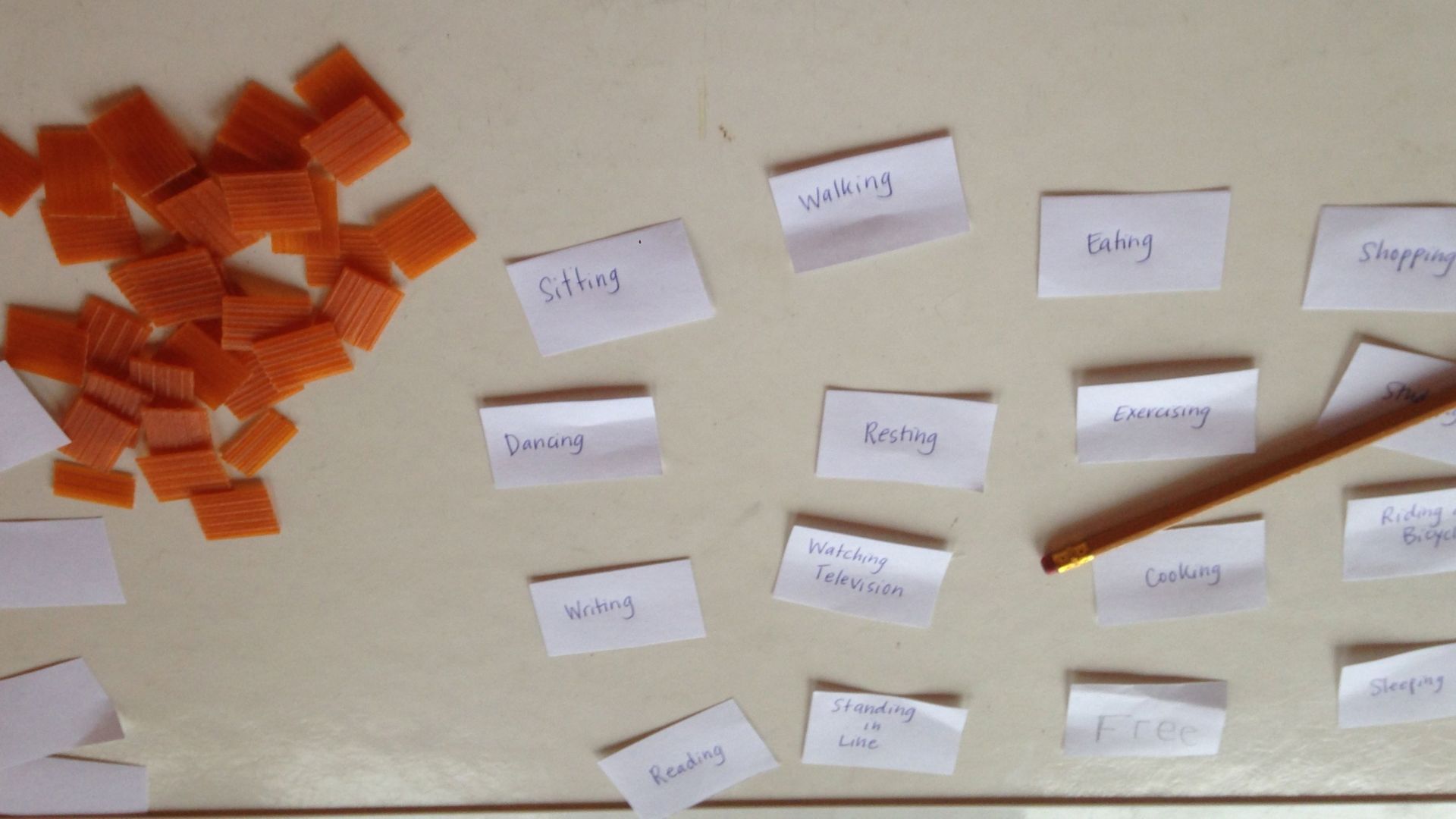 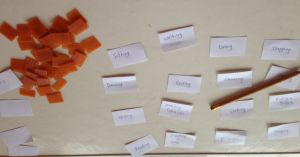 I needed Bingo boards and markers, so I cut index cards in quarters and bought some large flat noodles for markers. I had students put numbers 1-100 on the lined side of the card and the activities we’ve been learning: walking, dancing, singing, cooking on the other side. Of course, I also had them make a free space and then we set up the cards (first to practice our numbers and then the activities) to form our own random cards even in the face of a growing wind.

The red noodles were such a hit that David tried to eat one dry and took a pocketful home as a prize—instead of a sucker. Particularly helpful, David explained how to boil the noodles and then fry them to accompany a nice lunch. I thanked him for his generous recipe.

Bingo works. Headbandz works. Any kind of a race works. The time sails, and they have fun and stay (mostly) focused, for the promise of a prize.

The funny thing is they always try to trick me into skipping the English part of English class. The last ten minutes, as we played Headbandz, they tried to turn it from clues in English to charades. I insisted that English words were better because they are funnier. By the end, they agreed.