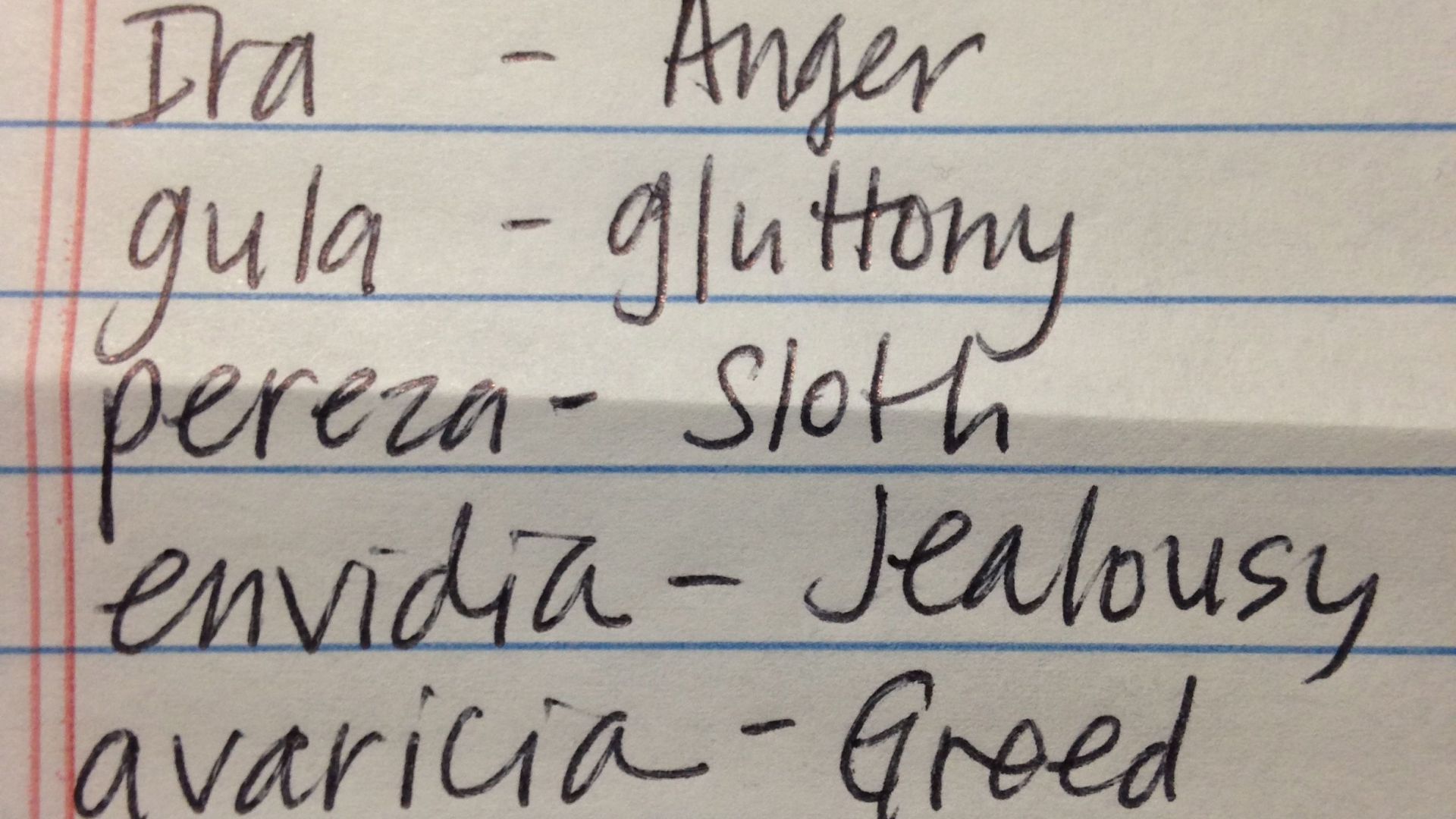 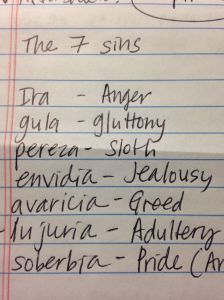 I think I can honestly say there’s a point where immersion becomes saturation, and saturation is overwhelming.  After a long day yesterday and a full morning, I headed to my Spanish class. I could tell I was saturated because I felt like Spanglish was all I could muster just walking in the door.

The lesson was to take the seven deadly sins and make a list of three words (nouns and/or verbs) that pair with them in some way.  Sounds easy enough, right?  I was three-quarters of the way through when Angeles inquired how it was going.  I stopped to assess where I was and realized everything I had written (for about ten minutes) was in English, and I did not even know the translations yet for three of the words!

Of course, the list was only the beginning.  I then had to shuffle the nouns and/or verbs that belonged to one sin and associate them with one of the others, so that these “characteristics” were all mixed up.

The next step is to write about each one separately.  For the first two: Wrath and Gluttony, I was way too literal (but I didn’t recognize it until I completed the first draft of the whole piece).  The rest of the sins became people all residing in the same neighborhood, the poem’s narrative voice became someone giving a newcomer insight into these residents.  It was fun.  Lust is a middle-aged woman while Envy is a young girl who’d steal from a best friend.  Pride and Sloth are both adult men.

The conflation and confusion of descriptions makes for complex characters, far more complicated than the list I began with.

My goal was to write ten poems (I drafted more) that were born in Spanish and can breathe and live in Spanish (and maybe in English).  In the process, I was able to learn a great deal about: my process, the shapes of my thinking, and how to make beautiful combinations of sounds in an already beautiful language while acquiring new vocabulary (and practicing my ugly verbs) along the way.