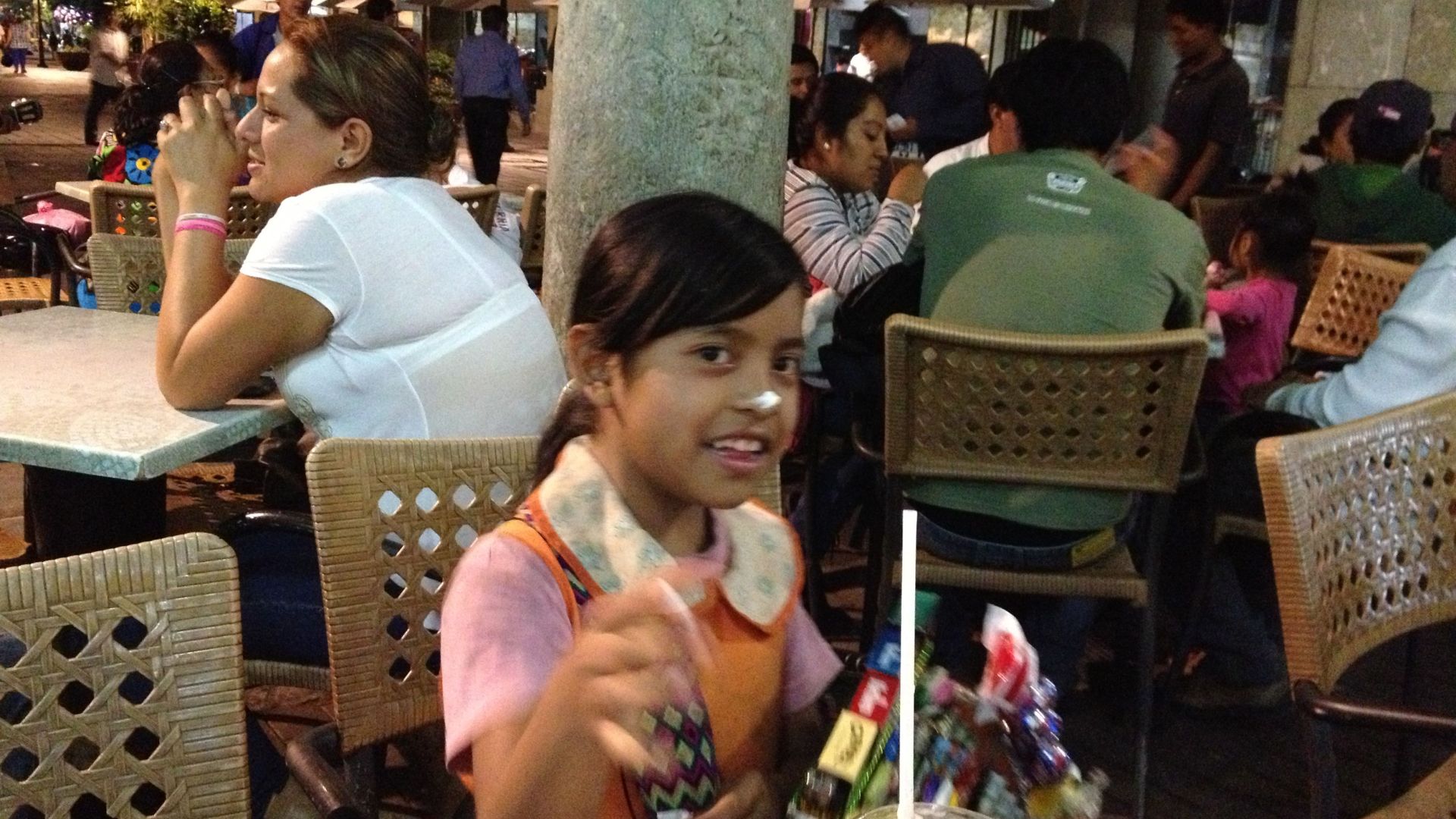 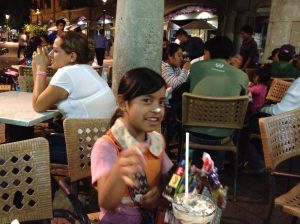 Due to rain and other things, it had been a few days since I had a chance to hang with the Little Businessman and Co. on the zocalo, but we made up for lost time last night. We had coffee and cake and ears of corn (elote). We clowned around, using our corn as a sword and fighting each other gently, so that all of the mayonnaise and cheese and chile didn’t get knocked off onto the ground. Cecilia and Augustino put whipped cream on their faces, and Mateo and I documented it in photos. We tried to devise funny jokes, but we weren’t very good at it (too much is lost in translation, especially since Spanish is a second language for all of us). And, we recorded ourselves naming things in Spanish and English: “This is a spoon; this is a straw; this is a table, a plate, a light, gum, suckers, cigarettes.”

Usually shooed out of the restaurant we were at and never permitted to use the restroom, Cecilia needed to go. I said it was fine; we were paying customers tonight. She was incredulous and made me promise that they would let her go. I promised. She still doubted it, so, with her by my side, I asked the waiter (someone who’d swept her out before) if she could use the facilities, and he confirmed it was true.

And, something amazing happened. Cecilia took off her box of cigarettes and candy, leaving it with me for several minutes as she used the restroom at the coffee shop. I had never seen her free of it. 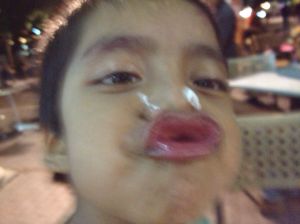 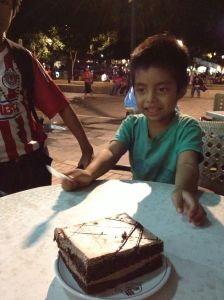 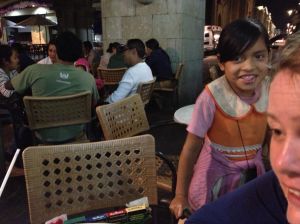