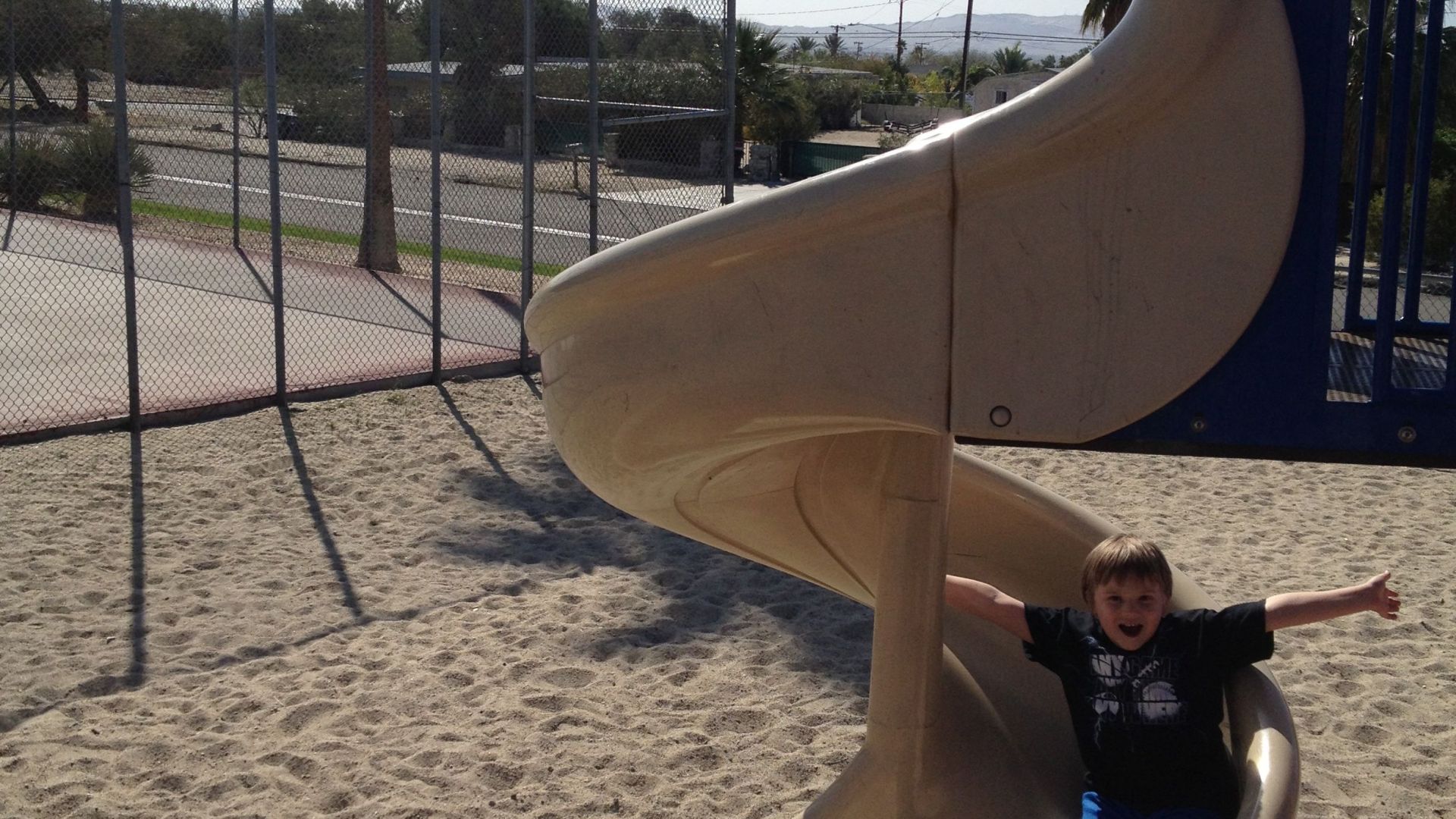 Despite chocolate chip pancakes and a hot cocoa with extra whipped cream, my seven-year-old nephew was unhappy about Sunday morning. Maybe he didn’t get enough sleep? Maybe he wasn’t going to get over the fact that I wasn’t going to buy him a gun even though it wasn’t real and only shot rubber bands and…? Maybe he was still mad that instead of just listening in silence (as I was instructed) to him singing an impromptu rock ballad for twenty minutes, I joined in? I cannot know. I am just the aunt, a childless one at that.

I do know that the sunshine makes me feel happy, and so does playing. So I drove, despite his whining that I was going the wrong way, to Wardman Park, a quiet, sandy lot with two play structures. There were five slides (including a baby one) that, despite being polyethylene, were already super warm (almost too hot). Two of the slides had a bump in the middle that caused us to jump up a little and sort of gasp as we slid to the bottom. This was as thrilling as the “slide of death,” a twisty, gliding ride into the sand below.

Thirty minutes of climbing the stairs and the faux sandstone rock and trying to hang from the bars and attempting to make friends with the two kids who arrived, at last (at almost the end), filled our brains with joy, so much elation that the world, for at least half a day, no longer felt quite as mean or unfair. 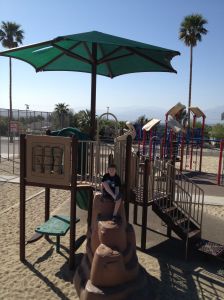 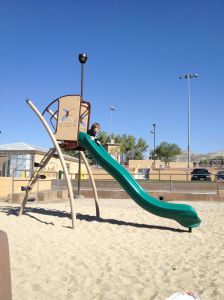 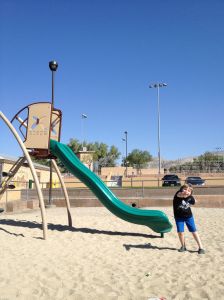 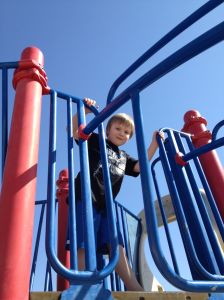 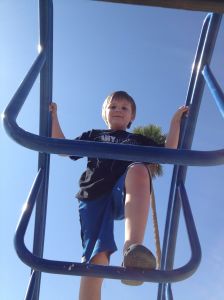