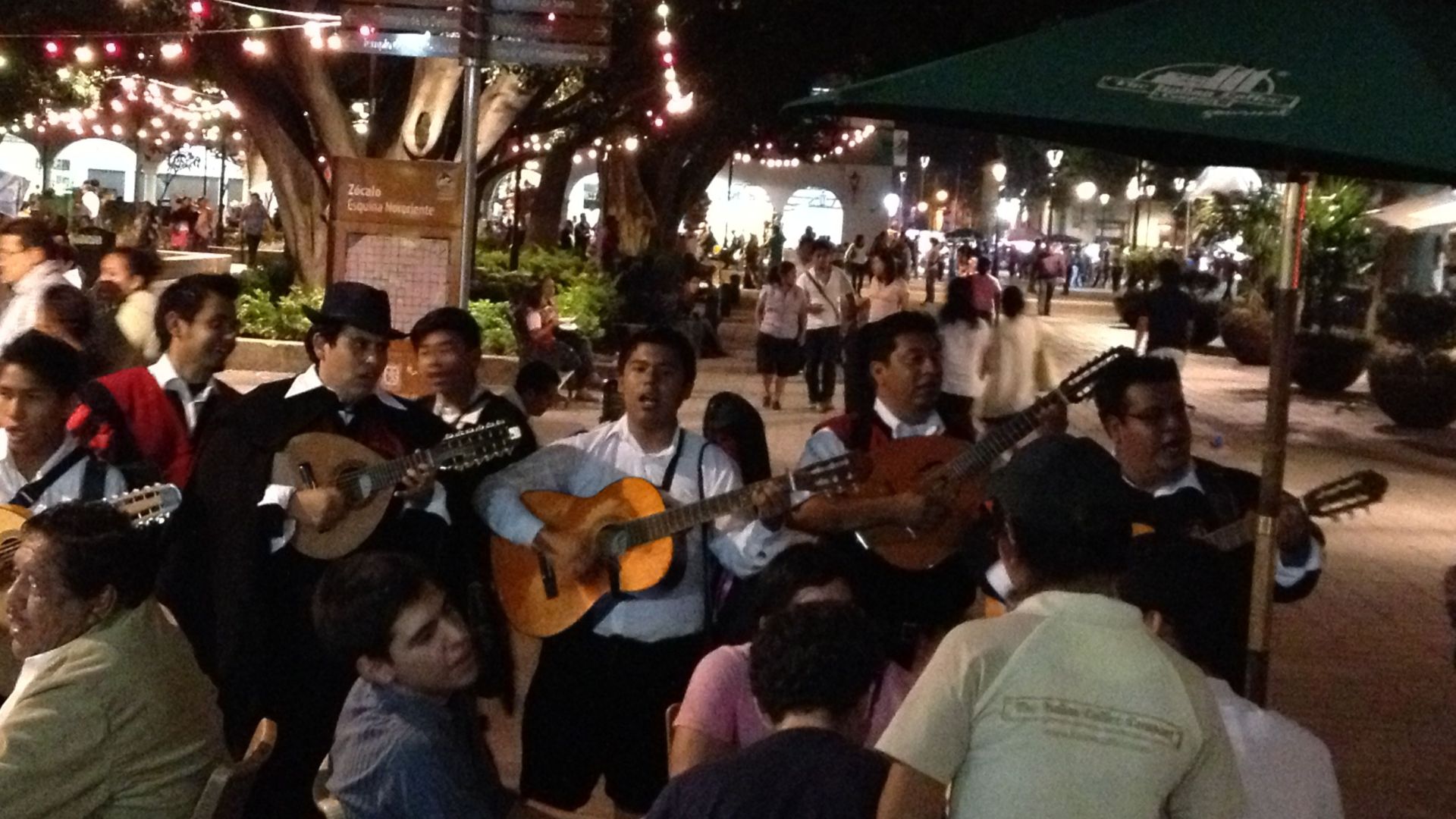 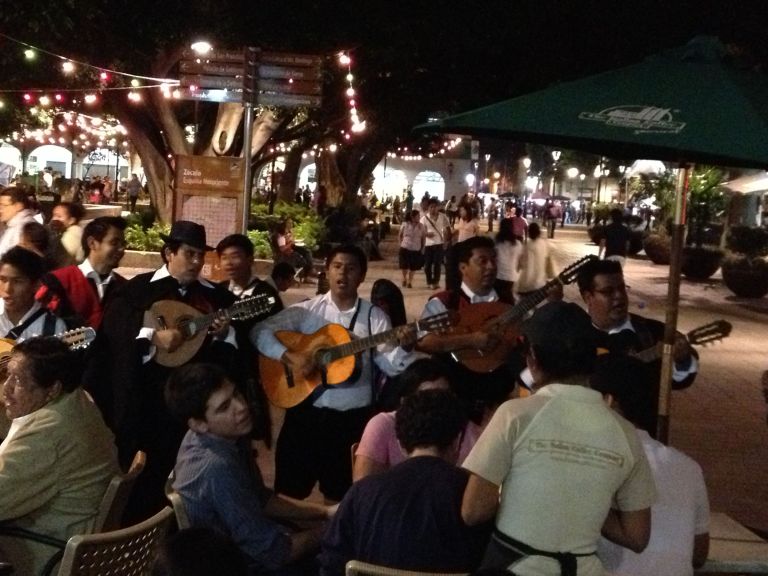 Last night (after a couple of minor disappointments: the laundry never found one of my shirts and the artist delivered another rainbow tablecloth) we soaked up the magic of the Zocalo.

Earlier in the day, M had been singing a song he learned in a high school Spanish class, “Los Clavelitos.” He had searched it out on YouTube and had played a version by a group of Tunas, a type of singing group that is clearly Spanish due to their uniform, and usually composed of students performing to make money for school or food.

I told M that there are often Tunas on the Zocalo, and one appeared last night. A sizable group, their serenades drew people out of their seats to sway along in unison.

As the Tunas strolled on, a lone mariachi player with a lindo (beautiful) set of songs (that he had listed on a laminated card for us to select from) offered to close out the night.