Today we headed to Teotihuacan to see the pyramids, murals, statues, and sprawling ancient city. At the front gate, we were greeted by a growling herd of people selling jaguar whistles. Throughout the afternoon M growled in response to children using the whistle.

The ground floor of the pyramids was brown and hot, but on top of the structures there was a light breeze along with the tremendous view. We sat and watched people take pictures of themselves, others, and the rest of the area.

The line for the Pyramid of the Sun went on for more than a block, and, beyond waiting, M was worried about his sprained knee climbing the three tiers. So, we headed to the Pyramid of the Moon, the second largest pyramid in this complex, and climbed to the top of it. It provided an opportunity for us to see the larger picture.

According to UNESCO: “The holy city of Teotihuacan (‘the place where the gods were created’) is situated…50 km north-east of Mexico City. Built between the 1st and 7th centuries A.D., it is characterized by the vast size of its monuments – in particular, the Temple of Quetzalcoatl and the Pyramids of the Sun and the Moon, laid out on geometric and symbolic principles. As one of the most powerful cultural centres in Mesoamerica, Teotihuacan extended its cultural and artistic influence throughout the region, and even beyond.”

Having visited Monte Alban, Tulum, Coba, and other sites, we were impressed by how massive this city is. It is said that it was home to more than 150,000 people (and a few jaguars) in its heyday. 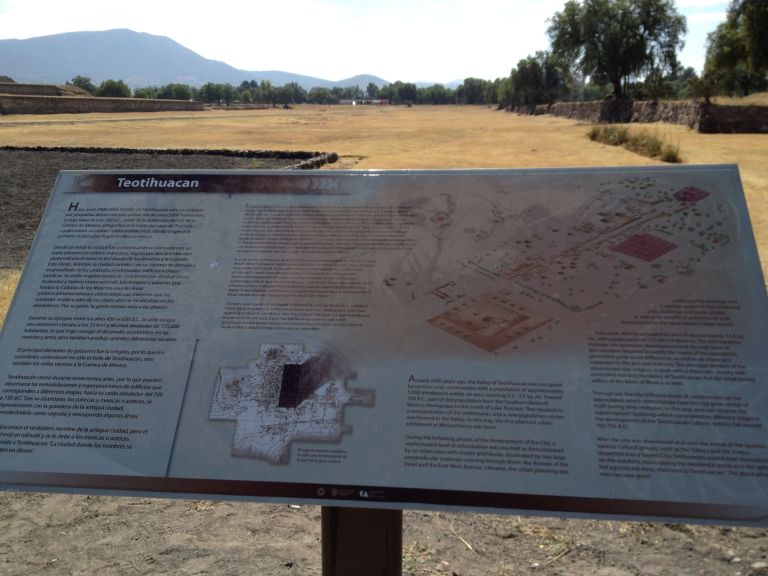 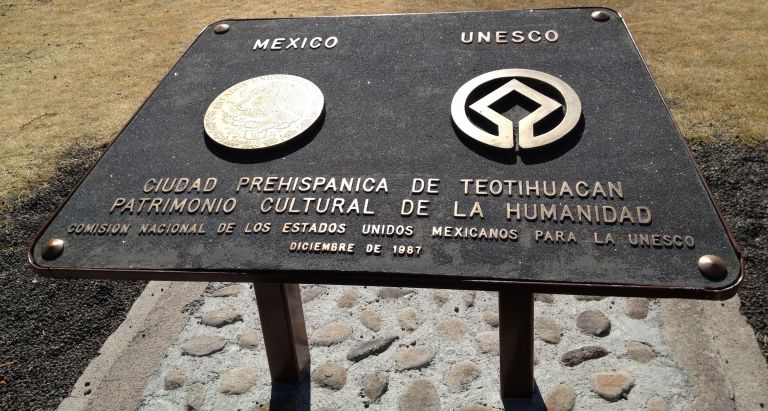 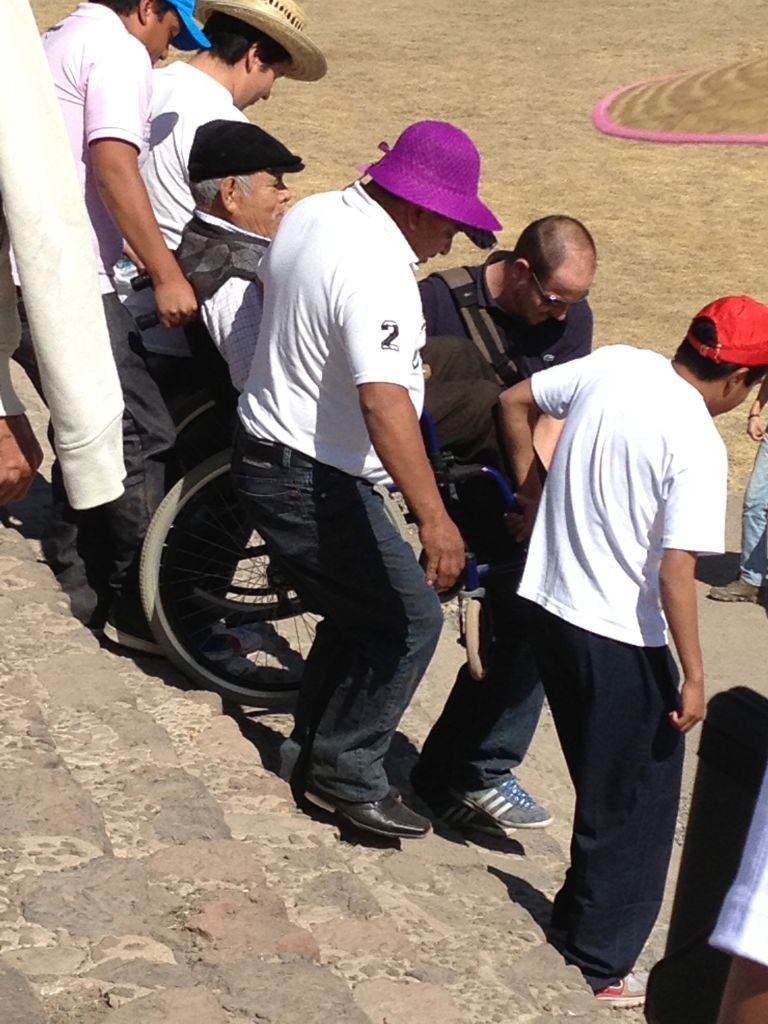 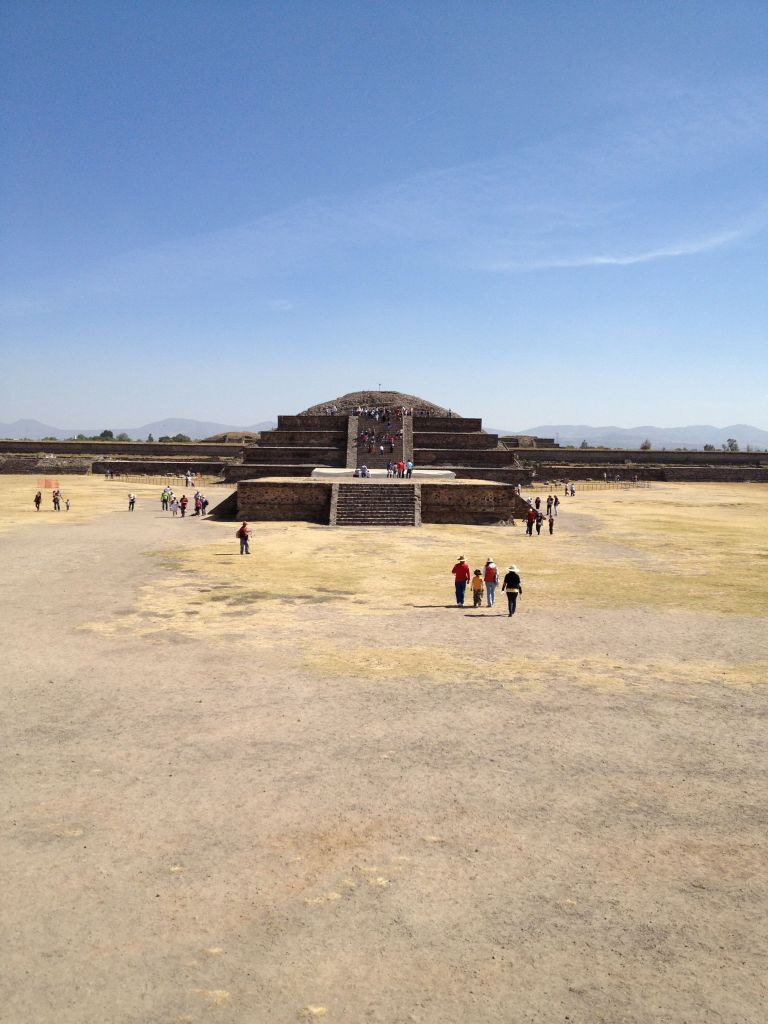 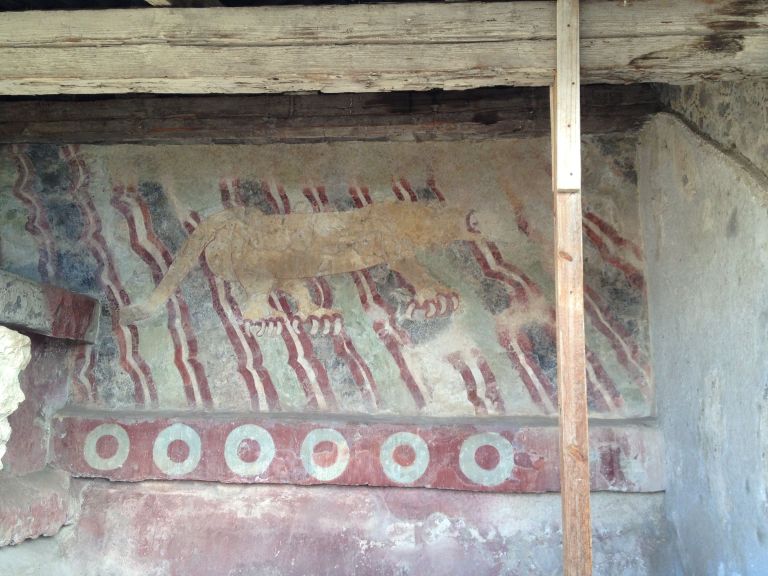 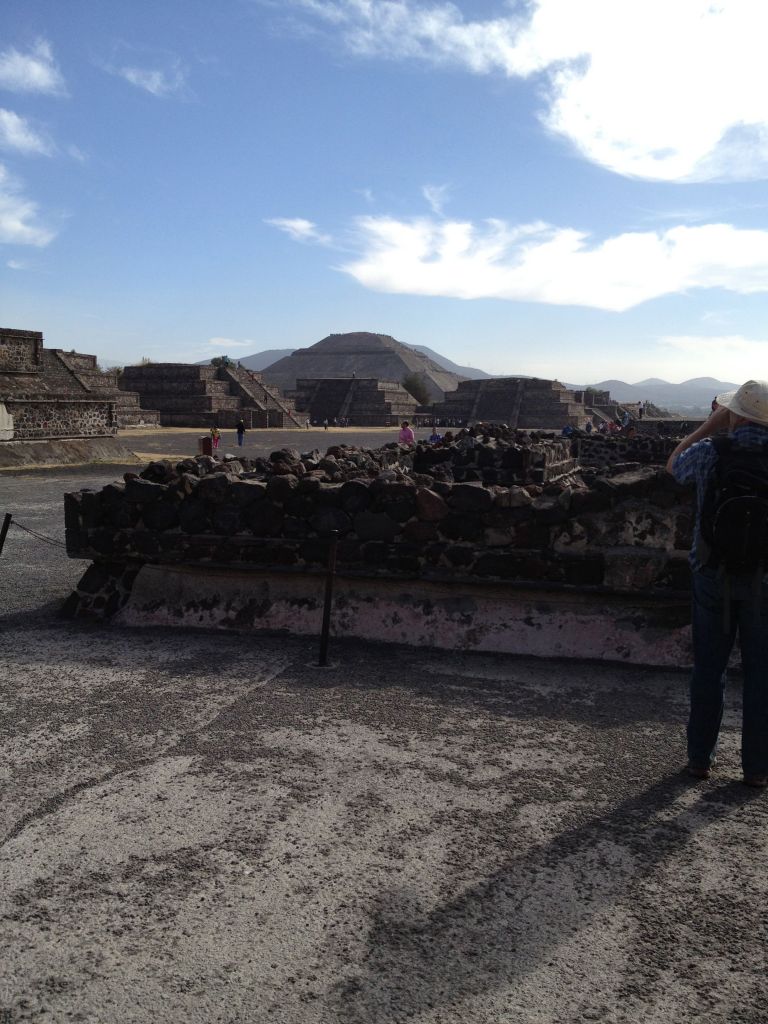