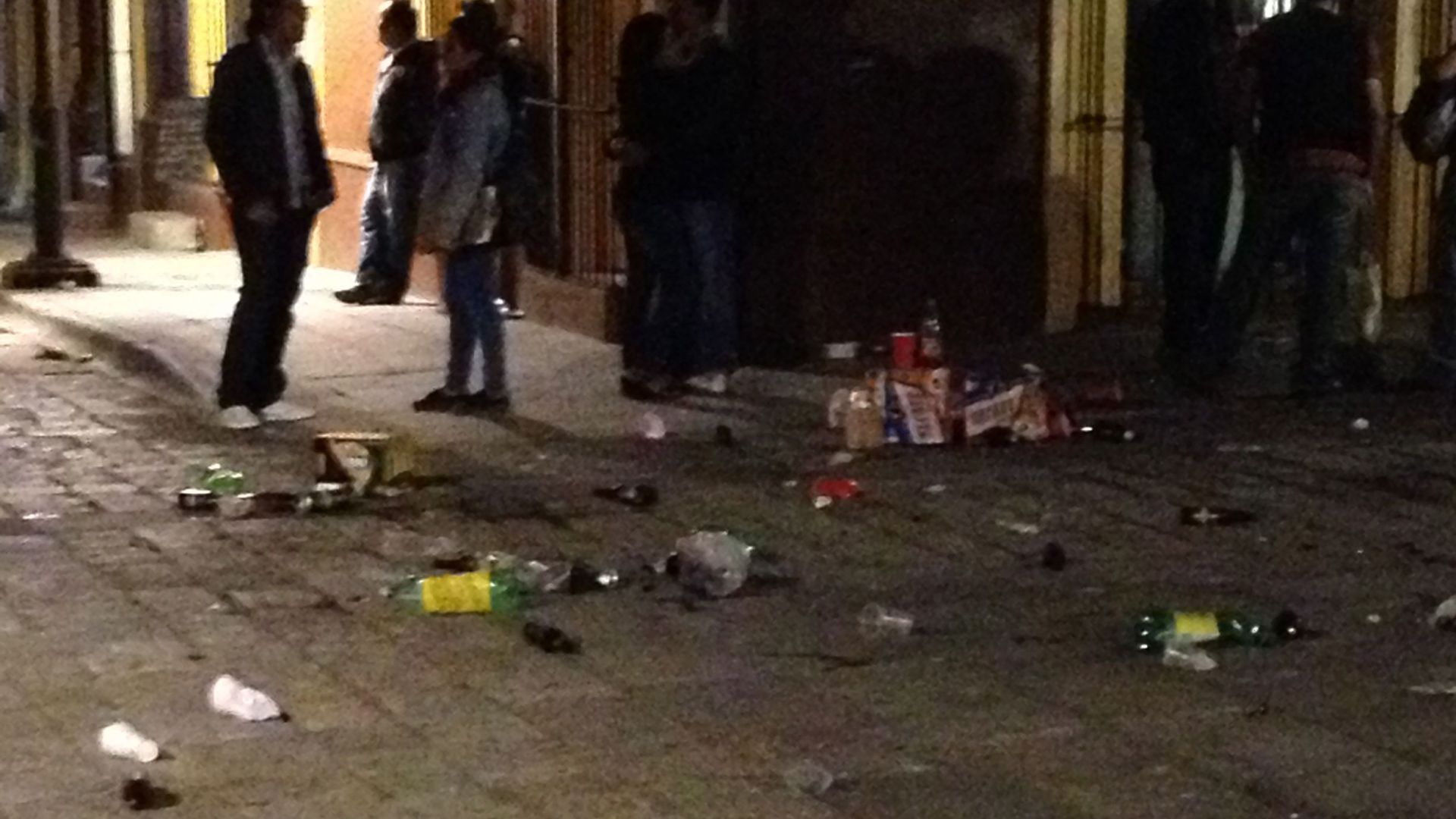 As I was in a tax in a mountain of traffic tonight, i saw a person opening the door of another person’s car as he was also stuck in traffic. They began to fight in the middle of the street. Startled, I made a noise that startled my driver. He asked if I was okay, and I explained that there were people fighting very close to us. He flipped his mirror down to see better. Yes, people were fighting.

After he dropped me off and I unloaded my groceries, I headed to the poetry reading, but it was on hold for a bit because there was a calenda that got out of control in the street by Santo Domingo. People were drinking and puking and breaking bottles and drinking and shrieking. I could not figure out the occasions for the parade, but it was, after all, a night of unusual behavior.

I need to emphasize that, in my experience, explosions, such as these two examples, are extraordinary, rare.

Oaxaca is, for the most part, a safe and beautiful city.