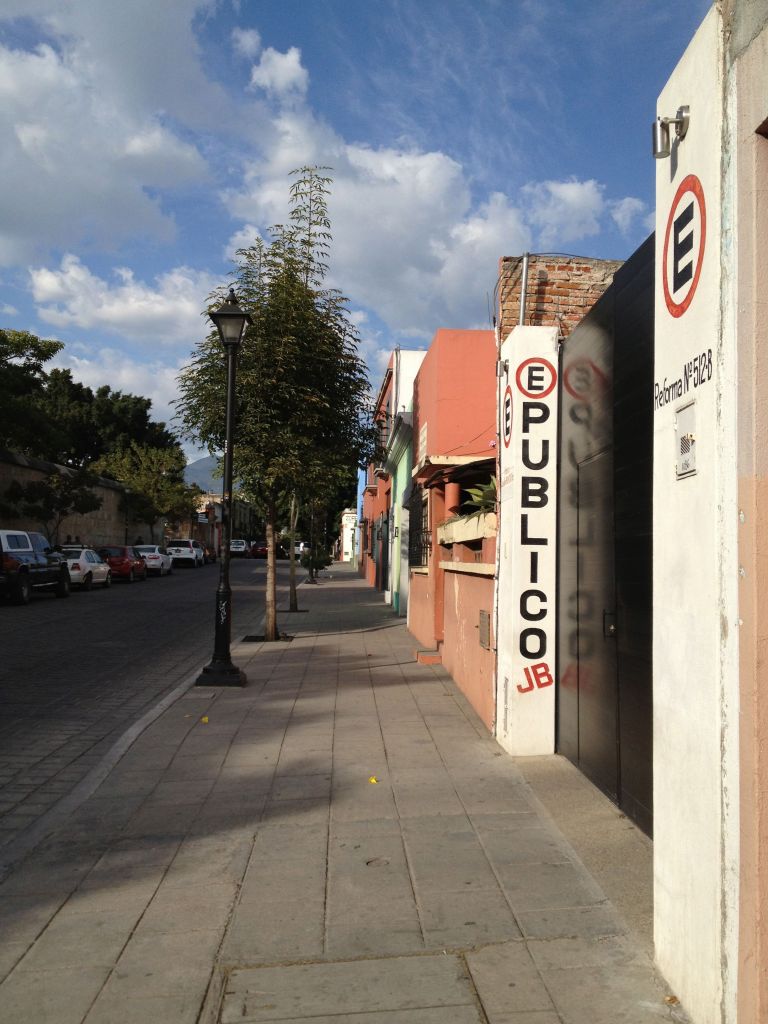 Today Oaxaca, the city, was as quiet and as beautiful as it can be. The sky was warm, but there was a breeze. The color blue returned with armloads of clouds. A mountain of paperwork haunting me, I needed to be outside. I took one of my books, Twentieth-Century Latin American Poetry: A Bilingual Anthology, to the garden near my posada as some bring dogs, children, lovers. But in the quiet there were neither dogs nor children nor lovers—only one sleeping man, his head propped up with a sack.

In reading, I found a poem that reminded me of an earlier Spanish class assignment where we were to say what we would do if we were a person of the opposite gender. I remember feeling that my thinking was limited by my vocabulary. However, Juana de Ibarbourou (Juanita Fernandez Morales), a poet from Uruguay, 1895-1979, does a beautiful job of saying (much of) what I could not.

If I were a man, I’d have all the moonlight—
and shadow—and silence—I wanted!
How I’d walk night after night
through the quiet fields, and watch the ocean!

If I were a man, what a strange, odd,
purposeful vagabond I’d become!
Friend of all the open roads
that beckon, on and on and on!

When restless travel pesters me, tempting,
how deeply I resent I am a woman.