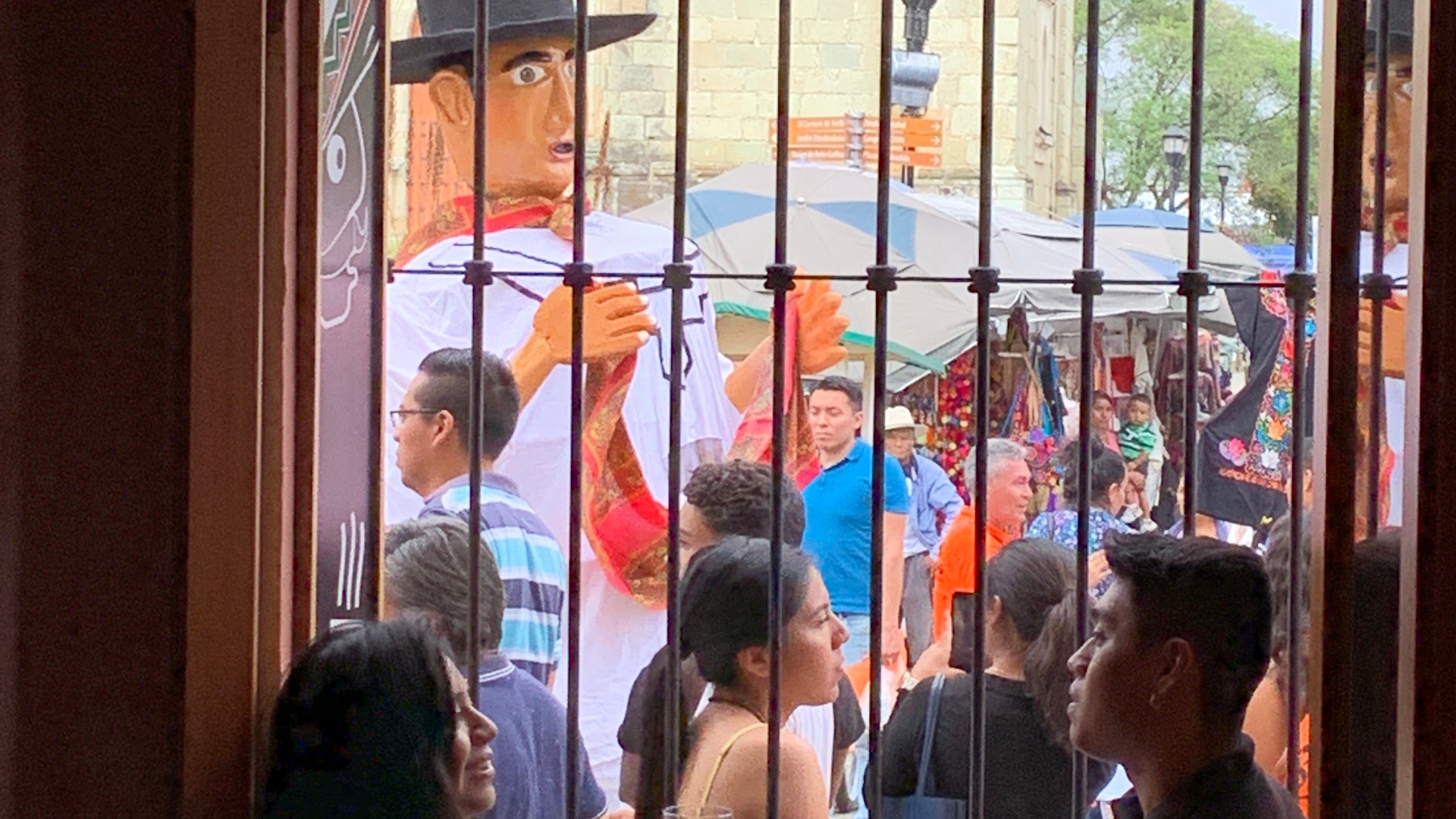 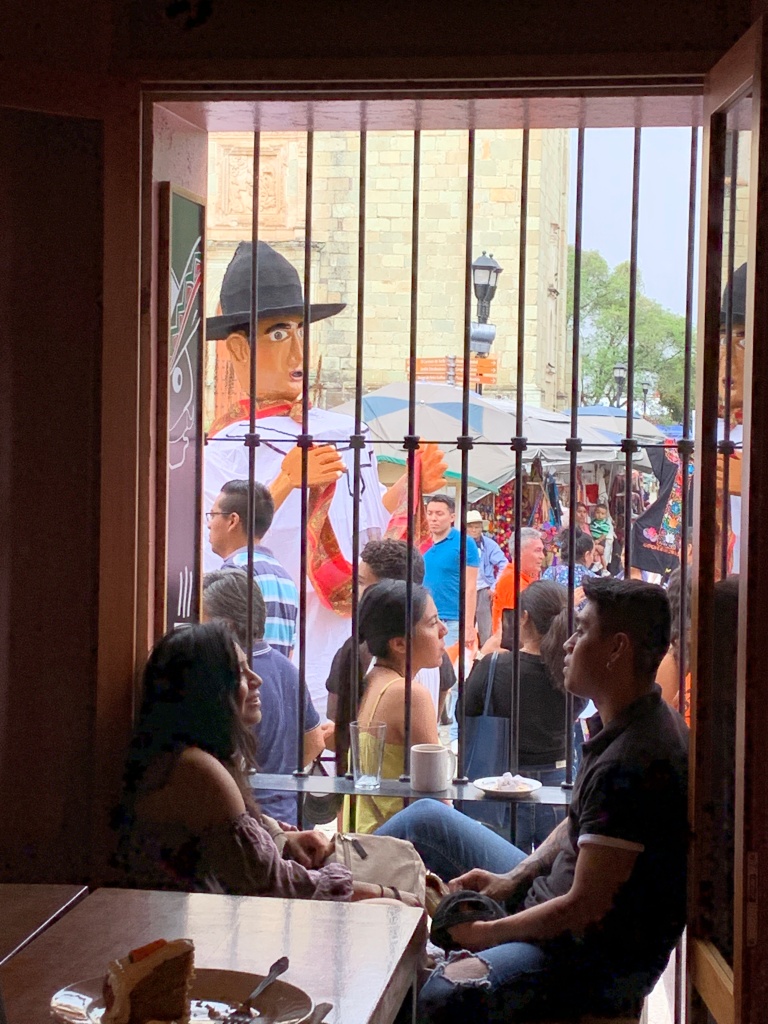 A half-dozen two-story-tall dolls stroll up the pedestrian street, their arms swing to the marching band music that fills the cactus garden outside the church.
Today you learned the distinction between church and cathedral.
*
In the small park with the sandwich stand named: The Ant, a man poses a voodoo puppet on the roots of a tree, snaps a photo, pulls out several brunette bricks, builds a miniature corral, takes another shot.
Suddenly there’s a stuffed fox on the lawn; it repeatedly insists on falling to its side as if its head is too heavy.
The man patiently leans into his art form, tries (and tries) to assist the fox to stand on his own.
Today you learned that calling a person a fox is different in English and Spanish, one is more sexy; the other is more clever. You wonder if this might be more commentary on a culture than mere metaphor.
*
In the large park with two fountains, three women crowd onto a bench, each unfolding an umbrella on a delightfully overcast morning as elders practice a traditional dance in the makeshift amphitheater of an empty fountain. Their music plays in your mind the rest of the afternoon.
Someday you will have the capacity to corral all of the nouns, to conjugate the language.
Today, as every other day you have learned, so much of this place is beyond comprehension, will forever be out of your grasp.
*
Jerry Williams writes, in “Russian Ending,” about a different sort of conjugation and division as he describes a divorce:

I lived in her midst like an alien species.

when I whispered to outsiders on the house phone.

How are you an outsider in your own life? What will forever be beyond comprehension?