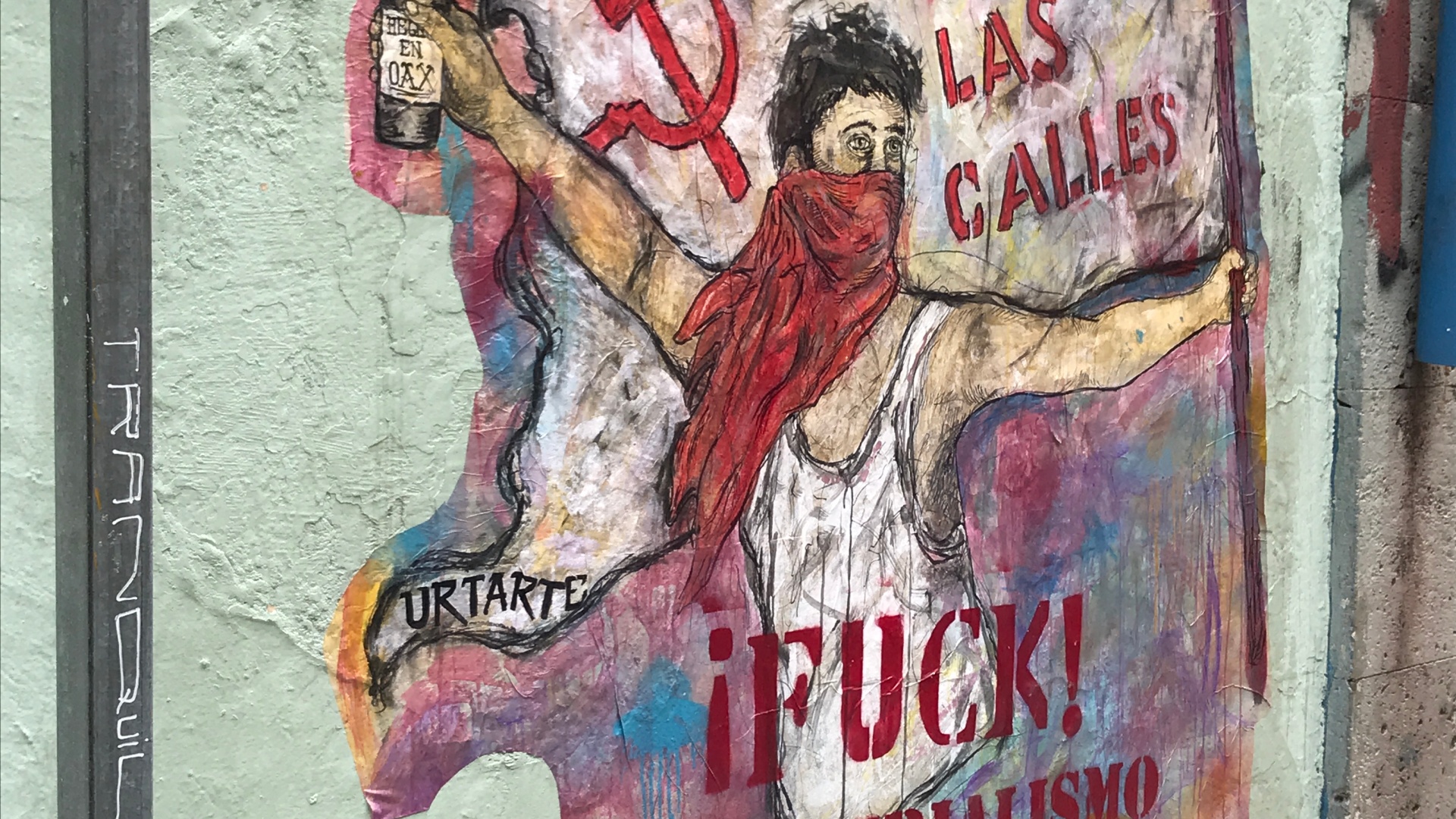 This morning, you saw an anarchist on his way to work, and you wondered whether he, all covered in black, with a bandana covering his face to his eyes, was running, as you  would, because he was late, or if, perhaps, he was already on the job.

How would you know?

Most of the rest of the city is quiet, fans gripped to television sets and any news of the nation’s soccer scores.

How can we care about the world when our team is down three and time is running out?

More than two dozen people plead for me to buy something I don’t want.

Isn’t there a better way to support a family? 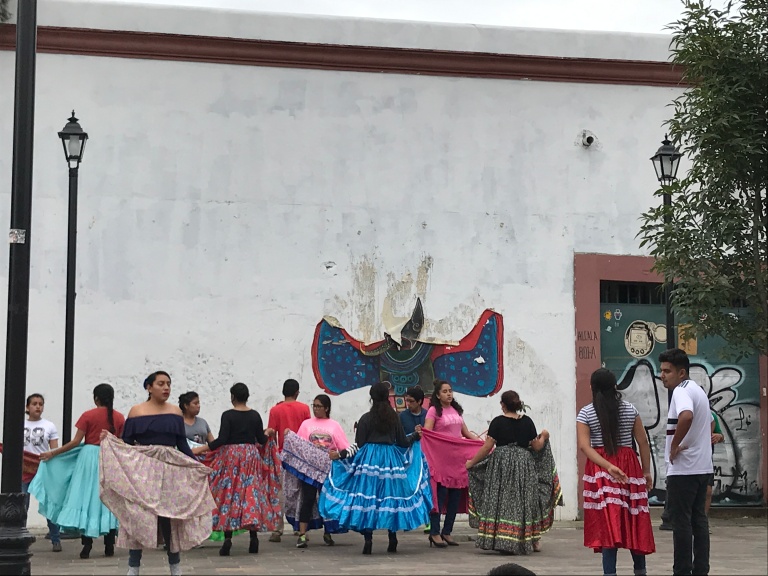 Women in wide skirts and men in sandals folk dance on the plaza as if there is something to win in the moves.

if so, who will tell me?

How can I know whether these are even the right questions?

Use questions to drive a tense monologue.