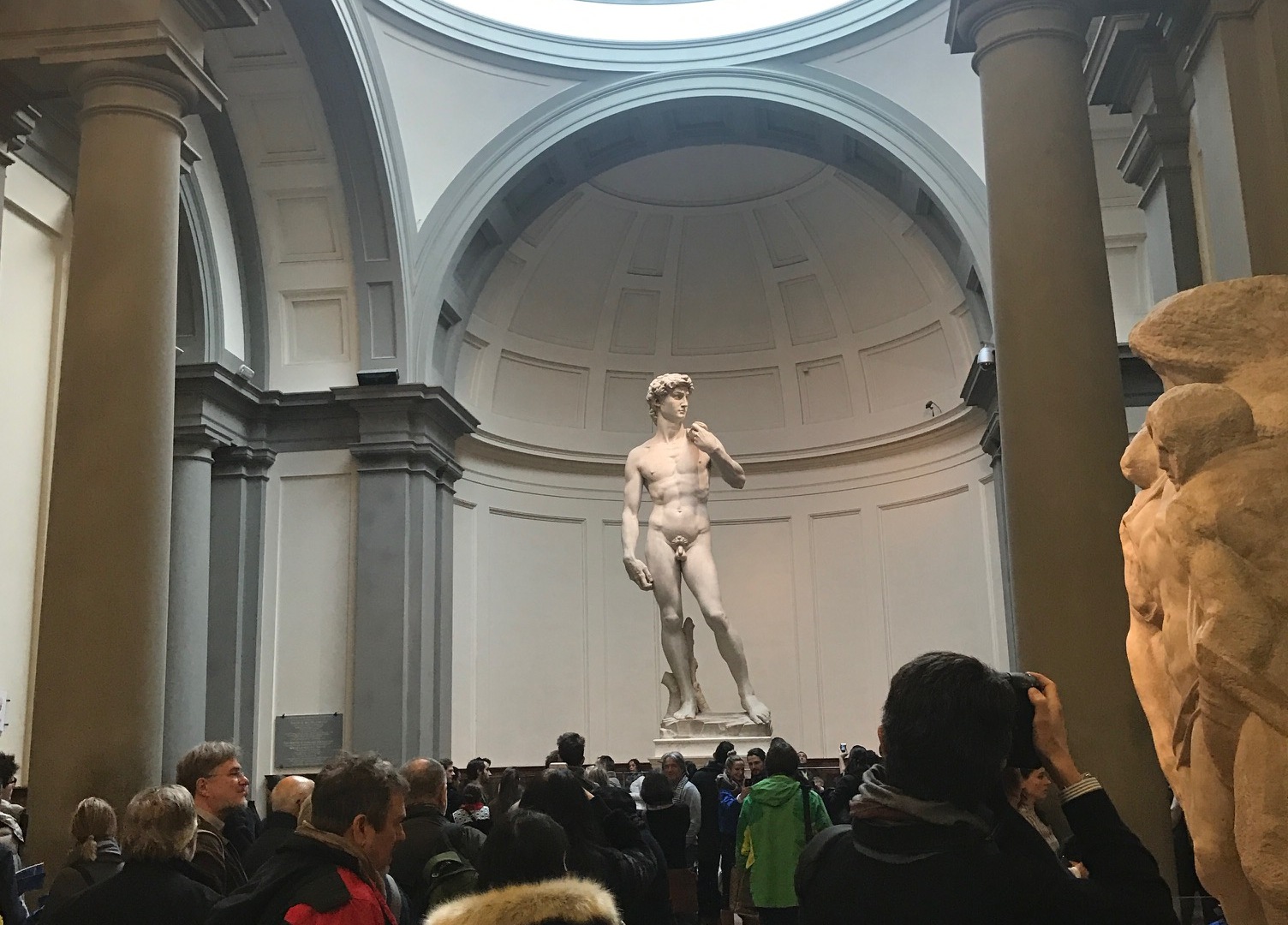 I loved several childhood books above the rest: Little Bear, A New Home for Snowball, Mommy’s Little Helper, and the Child’s Garden of Bible Stories. Each of these books was as visually engaging as the narratives within. And, the lessons I learned about helping and kindness and fairness and storytelling shaped my friendships as much as my writing.

So when I first set eyes on Michelangelo’s The David—first the replica in the Palazzo della Signoria and then the original housed in the Galleria dell’Academia (Accademia Gallery) —I recalled the tale of David and Goliath that followed the Garden of Eden and Exodus and the plentiful illustrations to help young readers.

Marveling at David’s towering and pale body, such a stark contrast to, for example, Donatello’s diminutive bronze interpretation, I am perplexed by how much more colossal, how monstrous, how goliath! Michelangelo’s Goliath might be.

In fact, David’s unabashed stance and nudity make me question whether Michelangelo read a different tale than I. According to my Little Garden, David was clothed and about the same age and size as I.