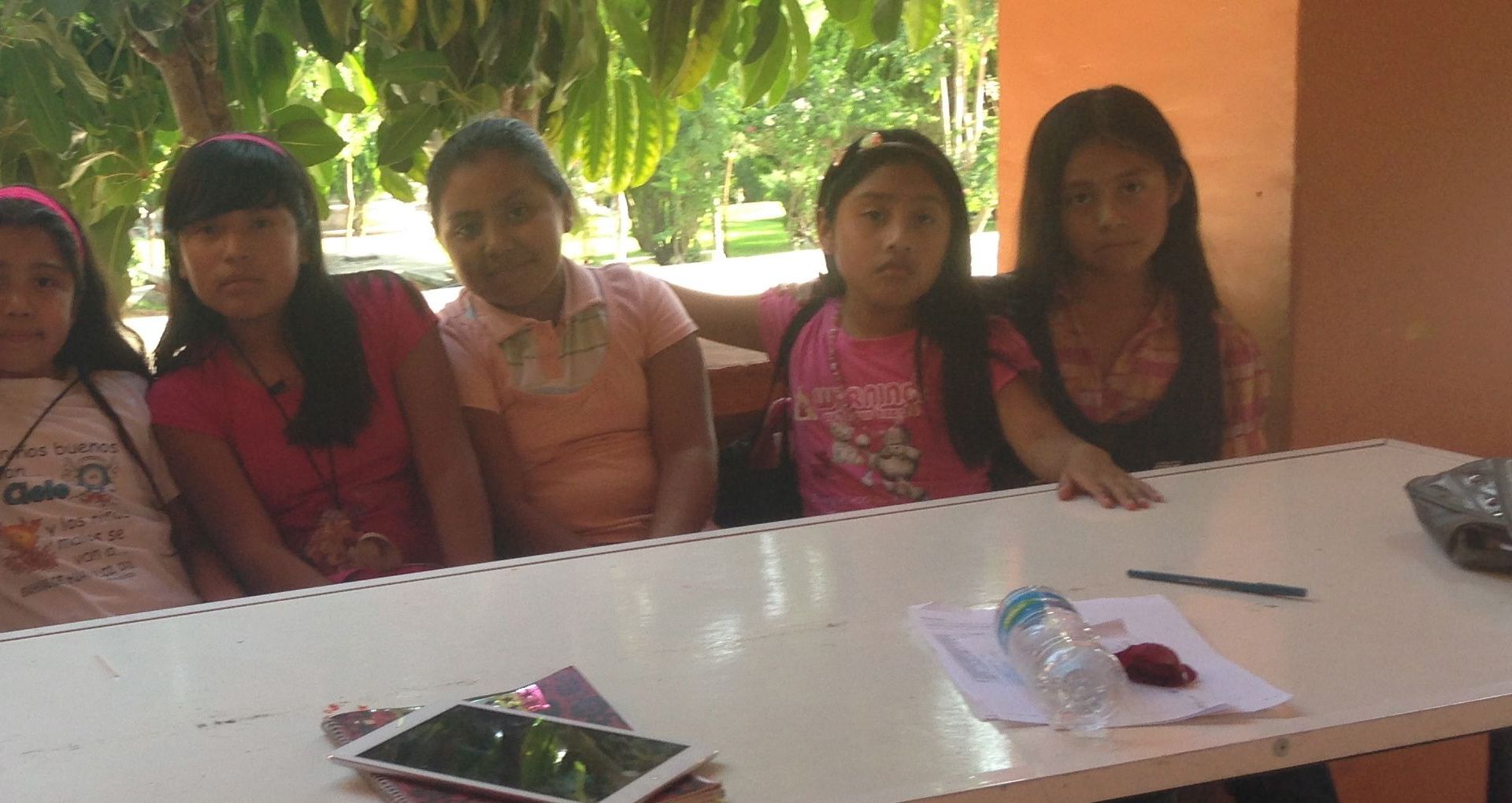 These are the girls I have spent the past month of Mondays and Wednesdays with (some are not here: Mia, Abigail, and the boys).  They were not in my last class yesterday.  And, they did not know it was my last class.  I did not want to tell them that when classes resume on July 23rd, I’ll be back in Sacramento.

Instead, we labored on, practicing pronunciation, trying out sentences. Cristal, second from the left, was not in class on Monday when we reviewed the adjectives for the first time.  However, when I asked them to concoct two sentences to use in telephone. Cristal drafted four:

My grandfather is old.  My aunt is pretty.  My uncle is big.  My mother is cheap.

To the last one, I whispered, “Are you sure you mean this?”  She confirmed, “Yes.”  I offered, “Okay.”  Cheap is used to describe a pair of sandals or the prices of tacos in the park on Friday, not a mother (not even a thrifty mother).

But as the others were busy perfecting their creations, I quickly put translations next to all of the words on her sheet (to catch her up) and watched for her reaction.

As she was diligently checking her work, she blushed and asked me if she could change the last one.  I agreed that it was a good idea.