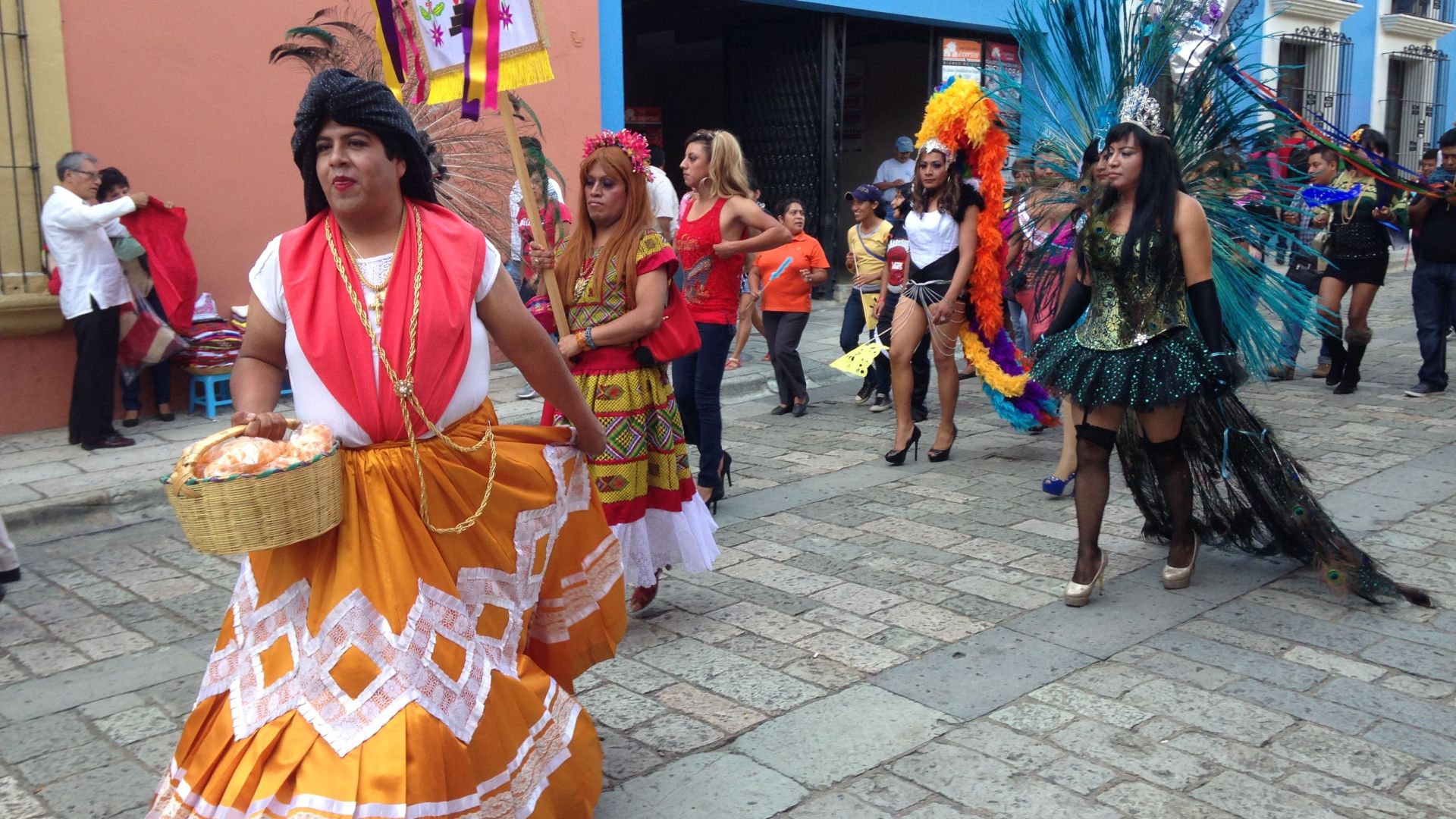 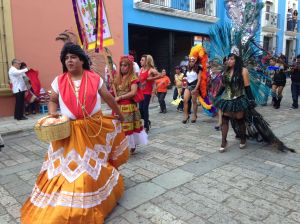 The enormous dolls towering over this parade were both elegantly dressed females (not the usual boy/girl, man/wife pair). However, the rest of the celebration featured men even more elegantly appointed, some in traditional dresses, others in pageant attire, more in club wear, some hardly wearing anything, and one stunning pavo real (peacock).

They were heading up Alcala at about the same time as another one of the drunken graduation calendas, but they never converged because those driving the drunks took a switchback, allowing this calenda to proceed first.

In a place where the women’s clothes are daily brilliant, they look even more colorful on men. I had to trot through a crowd of gawking locals and tourists, many waving rainbow-colored papel picado flags, to get to the front of the parade, to see its magnificence head on. 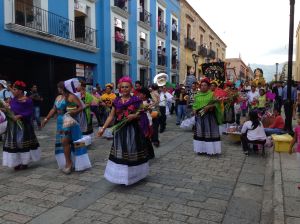