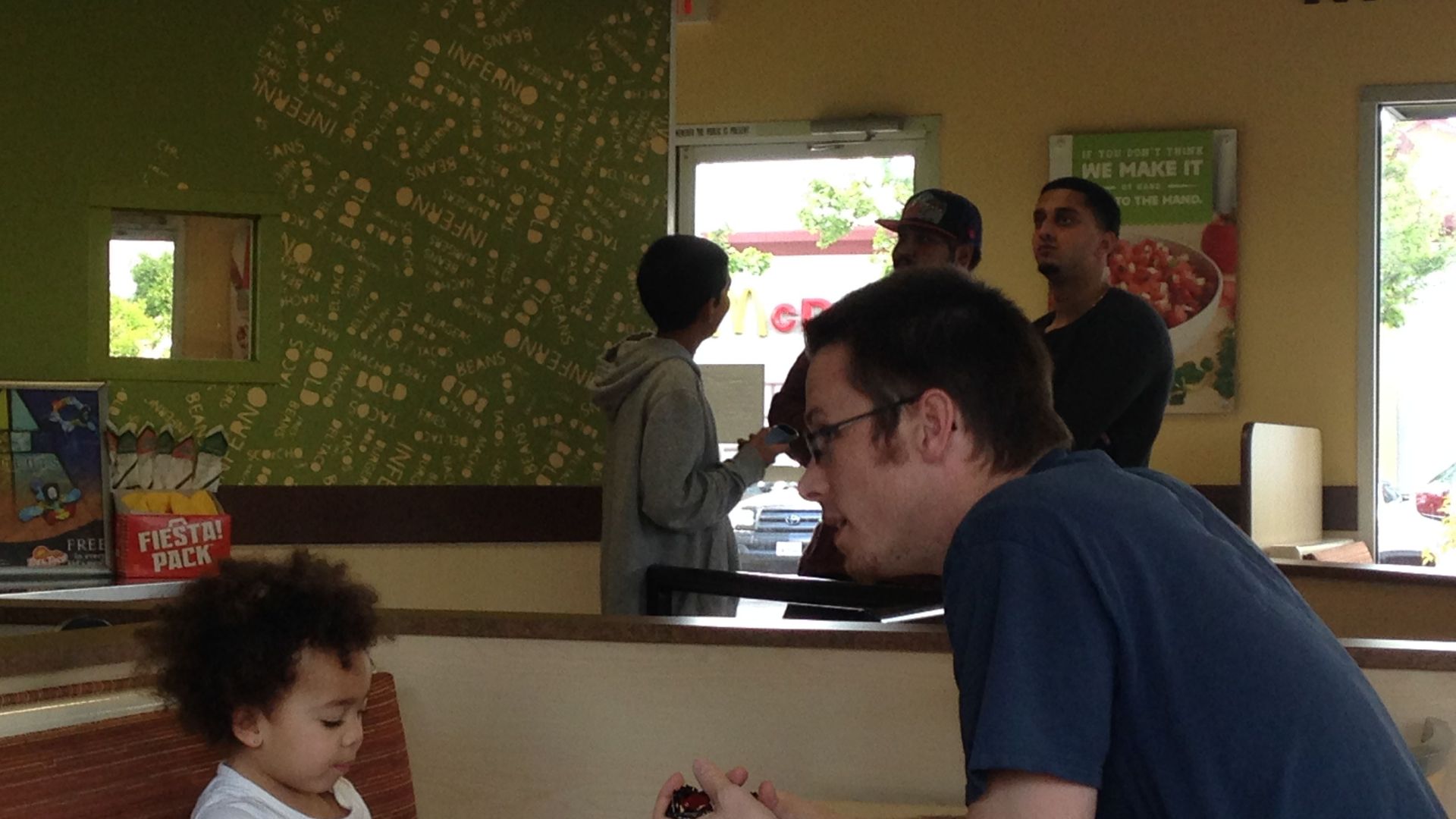 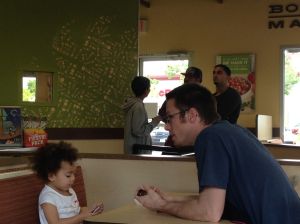 The summer before I headed to college, I worked at Del Taco, and, as funny as it sounds, on occasional long days I just need the taste of their taco sauce.

Friday, when I finally stopped for lunch, at almost three, the place was nearly full.  A young boy with wheelie shoes paced for nearly fifteen minutes at the front counter, waiting for his pink milkshake, an armload of soda cups, and four sacks of food.

A table of three black men stared at the man across from me teaching his daughter to count with salsa packets.  I stared at them staring at the family.

One man, getting up to get a soda refill, just had to comment on the little girl’s beautiful hair as an opener to asking the white couple if she is theirs.

She is, they explained; she is adopted.