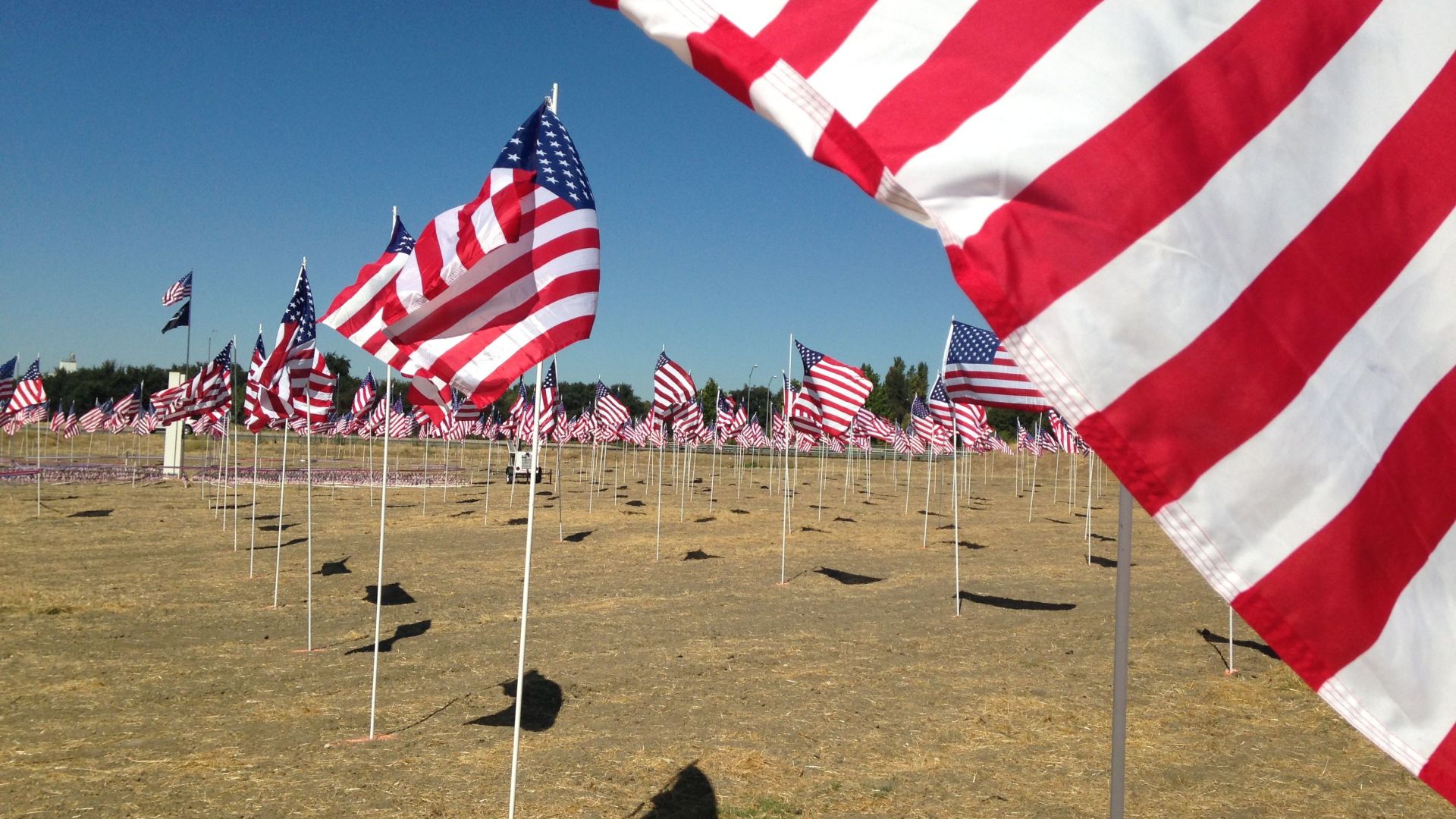 In West Sacramento, community members have created a monument to the 9/11 terrorist attacks to remember the fallen. This year, they have added a section to include the Boston Bombing on 4/15/13.

The lot in the Southport area has thousands of flags large and small marking the fallen.

It was super hot and delightfully breeezy on Sunday when we stopped on the roadside to see the display. M suggested walking to the top of the levee to get a picture of the whole space this takes up.

I went at the scene like a reporter, snapping photos, noting the numbers at each memorial. But deeper into the whipping flags and staggering counts, I found sorrow I didn’t realize I possessed unfurling inside of me.

In many ways lately I have been reminded that people, myself included, too often refuse to choose peace.

According to an article (http://www.westsac.com/news-ledger/2013/09/06/911-flag-display-returns-to-west-sac/), “this year, the West Sacramento flag display will be the site of a coordinated, nation-wide observance of the terrorist attacks. A bugler from “Buglers Across America” will be on hand to play “Taps” at the exact anniversary of the moment of impact of each of the airplanes that crashed during the 2001 attacks. Visit the Southport site (the east side of Jefferson Boulevard at South River Road in West Sacramento) at 5:45 a.m., 6:03 a.m., 6:13 a.m. or 7:10 a.m. on Wednesday, September 11, to hear “Taps” played.” 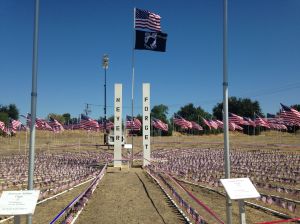 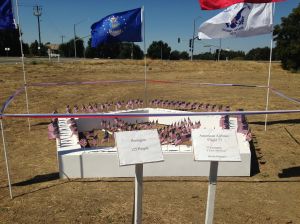 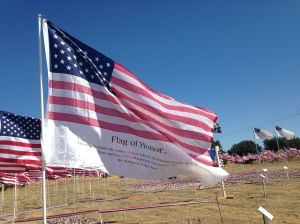 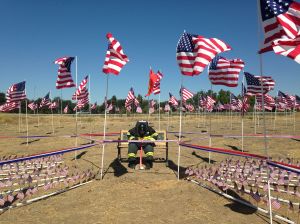