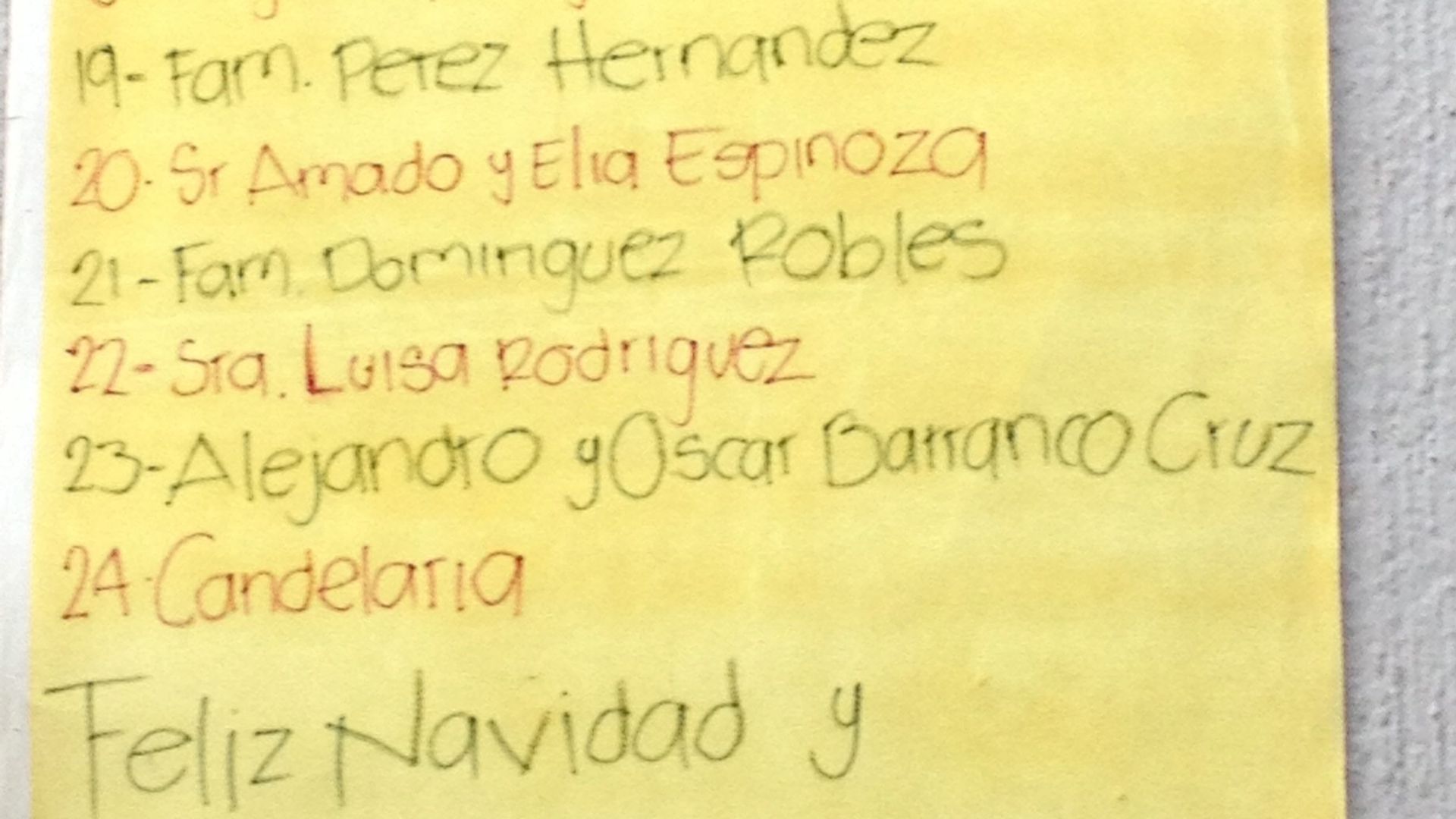 Last night I finally came across an example of posadas in the community. I was in the area of Oaxaca known as Xochimilco, literally just across Ninos Heroes, near the busy highway where I stay. Walking up a small incline, on a quiet street, I saw this yellow poster announcing at whose house the posadas would be held each night. Of course, I do not know the addresses for these people. Otherwise, I’d probably try to be a gorrona or colada (person who essentially crashes a party or is invited by a third party).

Bernie introduced me to an artisan whose family brought a unique style of weaving to the city of Oaxaca. They ae the Leyva family and they weave with cotton on large looms. I had a chance to see the workshop and their small store. We stayed for more than two hours chatting about a variety of things, including the politics of our countries and the fact that the US has no real cultural identity. Gustavo explained that he thinks our political problems come from this lack of cultural identity. He said pointedly, “When a man has culture, no one can mess with his politics.”

I wanted to ask if he had a golden ticket to a posada, but I decided that he had already given me enough. He would’ve invited us if we were supposed to be there.