I am headed to Mexico City (Districto Federal) on Christmas Day. I can write this now after waiting two hours in the afternoon, 2-4:10 and more than an hour and a half last night. When I first arrived, in the afternoon, the line was impossibly long, but there was no overhead message to inform us, in Spanish or English, that the entire ADO system, from the central office, was experiencing technical difficulties.

Some of the people around me really started to become anxious about getting a bus, about the availability of tickets, about getting home at some point. Part of me was disappointed that I had to give up my wait the first time. I wanted to see how long it might take. But I checked online a few times, and the site didn’t seem to come up until 7:50. I don’t think I could have practiced THAT much patience.

As I was standing in line the first time, I noticed a sign announcing that one could request a ticket for a seat next to another woman. Intrigued by what led to this policy, I wondered who/what inspired it. Of course, I have no answers.

On my second, more successful, attempt to purchase tickets, I met a nice couple with two young sons, Pablo and Carlos. They were behind me, and the boys were fascinated by the Hello Kitty flash drive hanging from my backpack. I showed them — repeatedly — how I could remove her body from the neck down to reveal her insides (the USB connector). I also remembered that I had a tin that had Hello Kitty on it. I gave it to them as a premio (prize) for their patience.

At this point, the man in front of me began a conversation. He mentioned that he’d lived in Pennsylvania for eight months but that English was a big challenge for him. Now, he’s a chofer (driver), and his work keeps him busy day and night, away from his children, away from life. I thought about how I am learning enough language to learn more about people’s pain. 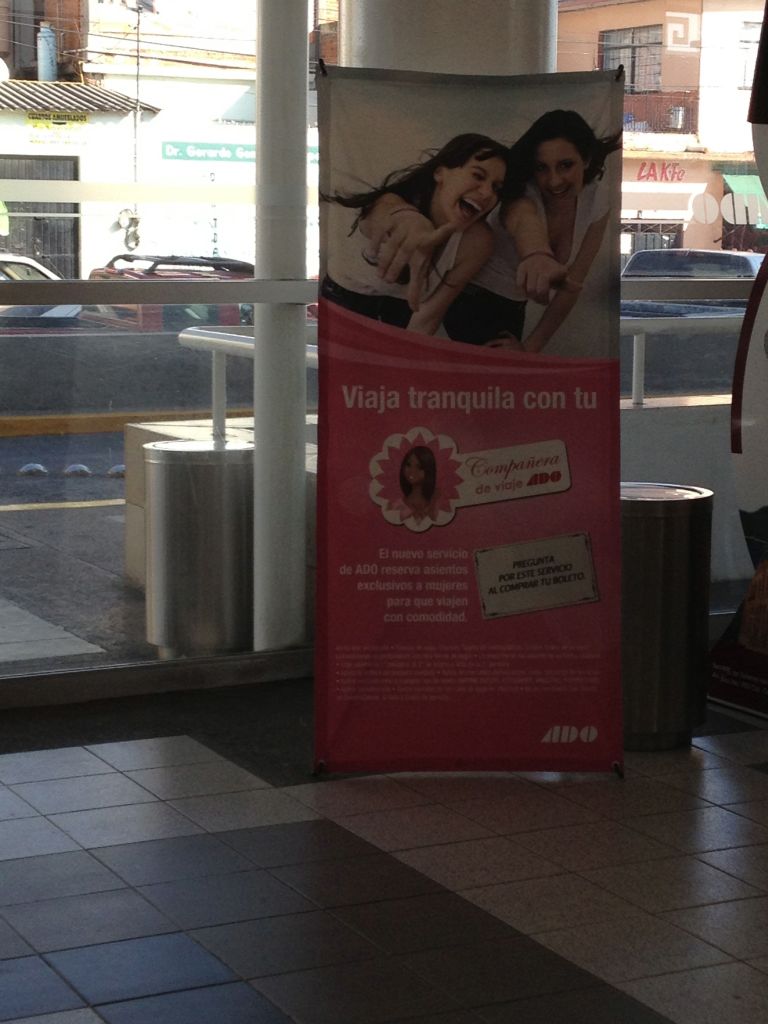