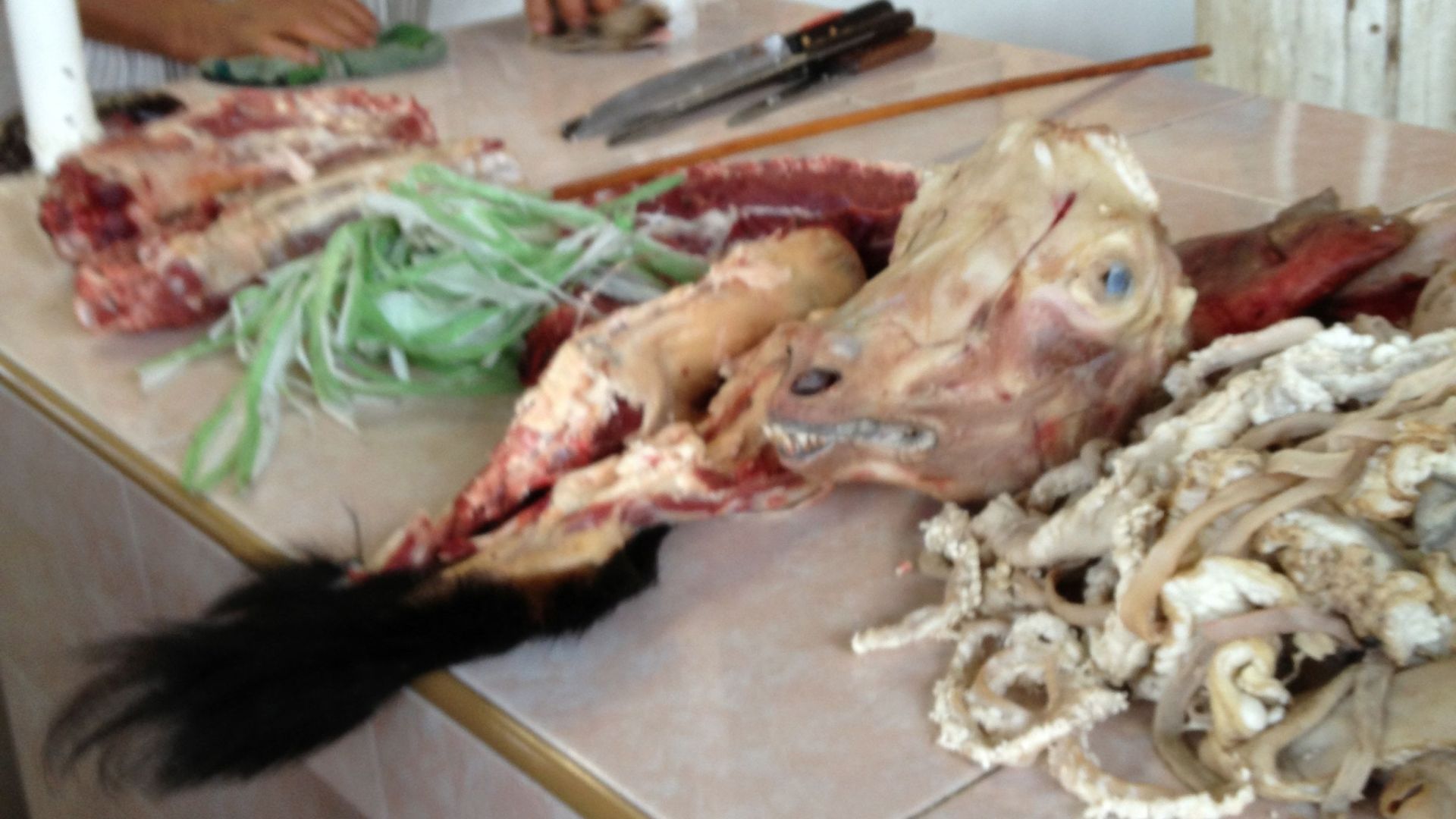 Today I had goat tacos at Tlacolula market. They were delicious with cabbage (col) and radishes (rabanos) and onions (cebollas). We ate in the part of the market where the meat still looks like the animal it is from. In fact, one vendor even featured the heads and tails, and an intact leg of the food he was selling. 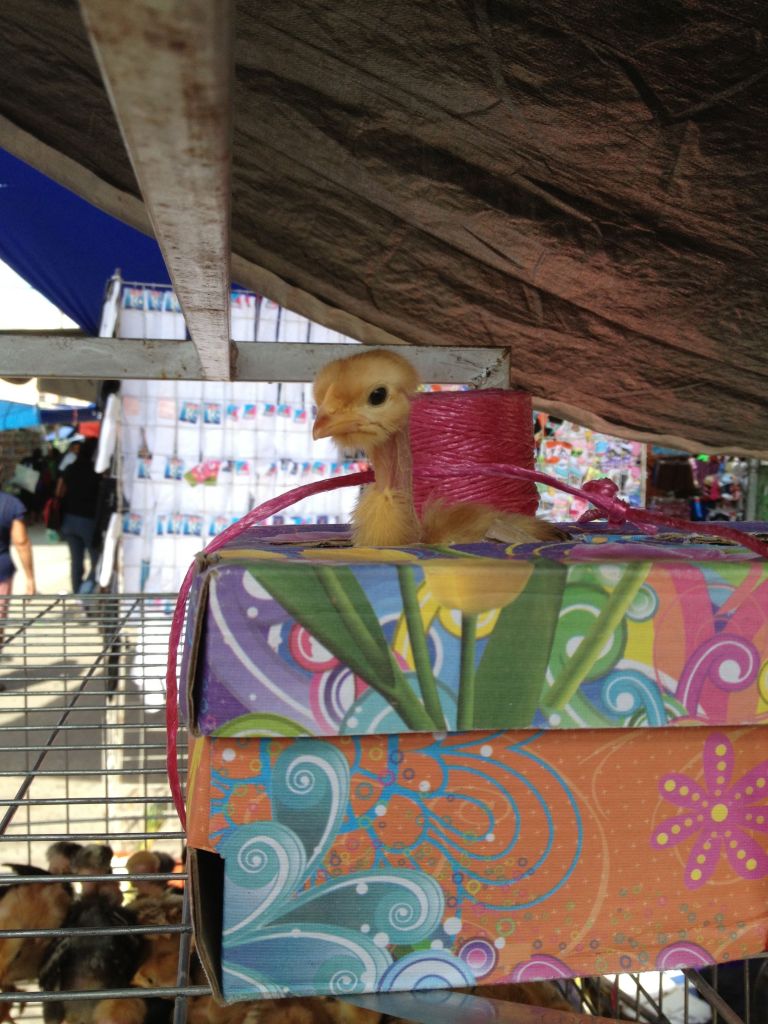 As we were enjoying our food, a man who was playing a band’s worth of instruments played for us. One woman asked if he knew any Bob Marley; he said he could not play anything by him, but he played the theme from the Lion King, and we all sang along.

In another part of the market, a man was selling a bunch of baby chickens. To package them up, he had made sunroofs in shoeboxes. He would gather them all in the carton and then tie it shut with string.

One of the people I was with bought a half of a kilo of chapulines (grasshoppers) in small, medium, and large. She had so many that she could be a vendor of chapulines herself.

After several hours of touring the stalls, we stopped for ice cream and met two friendly men. Although we said we had husbands or boyfriends, one kept trying to convince us that we needed to consider Mexican men in general. He said, “We may be short, but we have big hearts.” He was a mason, but I told him he should go into marketing. He laughed.

They found us later in the market and offered to give us a lift back to Oaxaca in the back of their truck if we would come and dance marimba with them. We politely declined and said we still had some of the market to see.